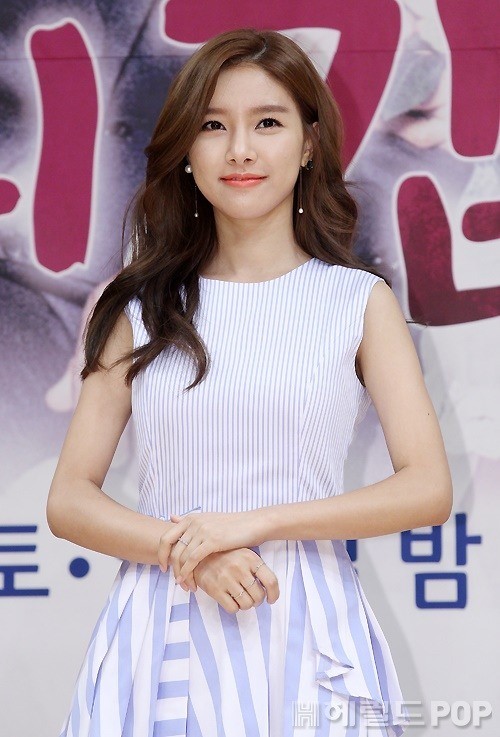 She attended the SBS Ilsan Press Conference for the drama, "My Gap-soon" to reveal her thoughts on the production.

When asked about her thoughts, she commented, "I had a lot of pressure as this was my first lead role. However, I had the mindset to do my best. The director, staff and Song Jae-rim supported me throughout the entire drama".

She continued, "There was a bit of a dip in ratings in the beginning, but I knew that it would get better as time went by. The filming site is always full of laughter and we have a great time together".

"My Gap-soon" is a family drama that shows the lives of married couples in our generation.

"Kim So-eun Says She Was Less Nervous for her First Title Role Due to Song Jae-rim"
by HanCinema is licensed under a Creative Commons Attribution-Share Alike 3.0 Unported License.
Based on a work from this source