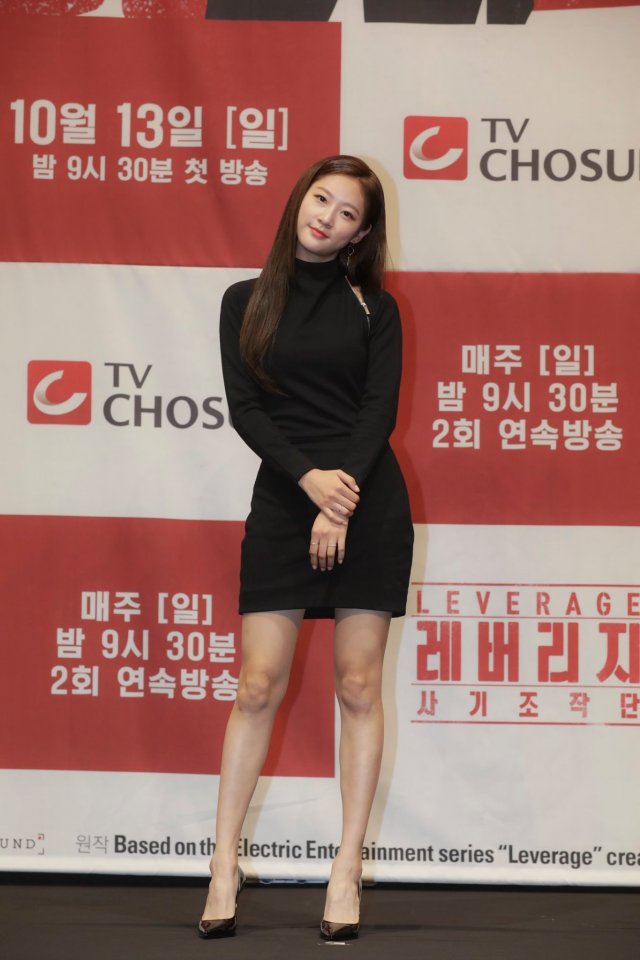 Actress Kim Sae-ron poses at a press junket for her new TV series in Seoul on Thursday.

Kim plays a former member of the national fencing team who becomes a highly skilled thief, with expertise in almost everything from climbing on wires and running to picking locks and cracking safes.

"Given my role, I focused on doing action scenes well, rather than changing my appearance or acting style to look more like a grown-up. I don't really think I have to play a role according to my age", Kim said at a press event on Thursday.

"Leverage: Fraud Control Operation" is a remake of the hit U.S. TV series, which aired for five seasons on pay television network TNT.

The crime caper revolves around a former insurance investigator and the leader of a team staging elaborate cons for victims who cannot use the legal system to redress their grievances.

It is the first Korean project by major Hollywood studio Sony Pictures Television.

The series, which also stars Lee Dong-gun and Jeon Hye-bin, will start airing on Sunday.

"Kim Sae-ron Says Age No Barrier When It Comes to Choosing Roles"
by HanCinema is licensed under a Creative Commons Attribution-Share Alike 3.0 Unported License.
Based on a work from this source