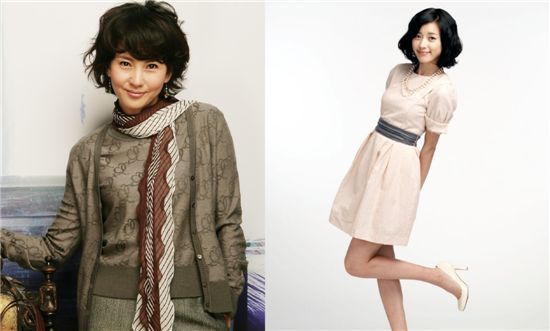 At the event held on December 30 at MBC's Dream Center located in Ilsan, Gyeong-gi Province, Kim and Han were awarded the top honors for their roles in "Queen of Reversals" and "Dong Yi", respectively, while the latter drama collected several other awards that night.

"I feel that I still lack in some areas to receive such a great award", said Han in her acceptance speech. "I want to thank director Lee Byeong-hoon and scenarist Kim I-yeong".

"Dong Yi", also voted drama of the year by viewers, collected a total of eight awards including first prize for male actor Ji Jin-hee and people's choice actress for Han.

Kim Nam-joo also shared her sentiments as well saying, "I wish that time would stop right at this moment. I was thankful for many things when I won an award last year and I still don't know if I deserve it this year".

"Queen of Reversals" portrays the real-life situation in the workplace and marriage accompanied by romance and jealousy surrounding the couple of Kim Nam-joo and Jung Joon-ho. The show was recently extended by ten episodes and has maintained a strong position at No. 2 on the Monday and Tuesday primetime lineup.

Historical drama "Dong Yi", about a woman named Dong Yi who grows up to become Choi Suk-bin, a consort of King Sukjong and the mother of King Youngjo during the Joseon Dynasty, began its run on March 22 til mid-October, scoring viewership ratings in the high 20 percent range as well as breaching the 30 percent range.

"Kim Nam-joo, Han Hyo-joo win grand prize at MBC Acting Awards"
by HanCinema is licensed under a Creative Commons Attribution-Share Alike 3.0 Unported License.
Based on a work from this source