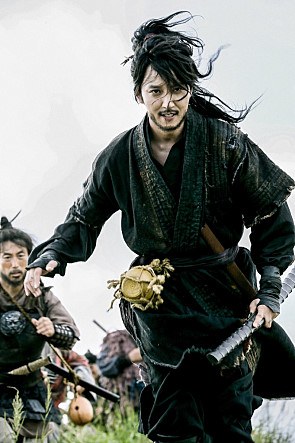 Actor Kim Nam-gil is currently taking a break after getting injured during the filming of the movie "Pirates".

Star J Entertainment claimed that he fell to the ground and got injured with minor bruising.

It's not a big deal but he's at home taking a break. There are many action scenes in his part and he's been working day and night.

Kim Nam-gil was admitted to the hospital for dehydration but returned on set, healthy as a horse.

Known as the Korean version of "Pirates of the Caribbean", "Pirates" is an adventure movie about Pirates who are out on the hunt to catch a great whale. This 10 billion won blockbuster is starred by Kim Nam-gil, Son Ye-jin Yoo Hae-jin, Kim Tae-woo. Sully and more.

"Kim Nam-gil takes a break after minor accident"
by HanCinema is licensed under a Creative Commons Attribution-Share Alike 3.0 Unported License.
Based on a work from this source