Kim Nam-gil, "Because of Jeon Do-yeon" 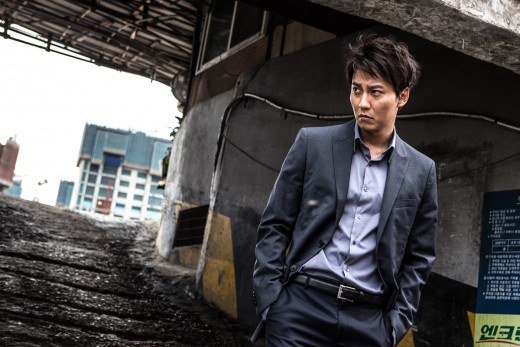 Actor Kim Nam-gil is coming back as a cold-hearted detective in the movie "The Shameless".

With the 68th Cannes Film Festival coming up, Kim Nam-gil took off the soft-hearted man look and became an outlaw.

"The Shameless" is a movie about a detective and a murderer's girlfriend. Kim Nam-gil plays Jeong Jae-gon, a detective who falls for the murderer's woman.

Cold-hearted Jeong Jae-gon does everything in his power to get his criminals and this time, disguises into a bar to catch Park Joon-gil. There, he approaches the enemy's woman Hye-kyeong. He develops feelings for her and slowly his conviction weakens.

Kim Nam-gil has been in movies and dramas for 10 years. He uses his soft looks to become a hurtful and honest character. Last year, he was in "Pirates" as a manly and comical character which helped to draw in 8 million audiences.

About choosing "The Shameless", Kim Nam-gil said, "I like the reality of bringing up emotions from the ground far below. I also liked the fact that it was directed by Oh Seung-wook who I am a fan of and beautiful actress Jeon Do-yeon".

Director Oh Seung-wook said, "People usually think about tough detectives but I wished Jae-gon was dandy. Kim Nam-gil is both dandy and manly but also sensitive. I love that about him and he's perfect for Jeong Jae-gon.

"The Shameless" is an emotional movie about a detective who hides the truth and a criminal's woman who wants to believe even the lies.

"Kim Nam-gil, "Because of Jeon Do-yeon""
by HanCinema is licensed under a Creative Commons Attribution-Share Alike 3.0 Unported License.
Based on a work from this source