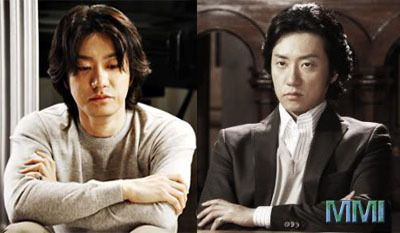 Kim Myung-min can best display the "two-faced charisma", according to netizens.

Movieweek, a major Korean cinema-related website, conducted a survey on who among popular male entertainers could best portray a role with the "two-faced charisma", or the character that can abruptly change from being gentle to terrifying once his temper explodes.

Kim Myung-min received the majority of the votes with 54%, followed by Lee Sun-kyun, who is known for playing mild-natured characters but recently played the role of a volatile chef in SBS drama, "Pasta"; third place went to Gang Dong-won ("Secret Reunion"); and fourth went to Lee Min-ho ("Boys over Flowers"). 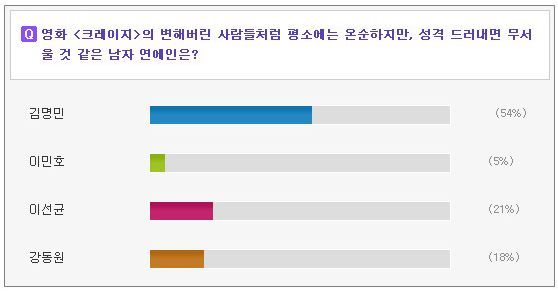 The survey was conducted from 8 to 14 March in conjunction with the discussion about Hollywood movie, The Crazies which will be released in Korean theaters on April 8.

"Kim Myung-min, the best in "two-faced charisma""
by HanCinema is licensed under a Creative Commons Attribution-Share Alike 3.0 Unported License.
Based on a work from this source