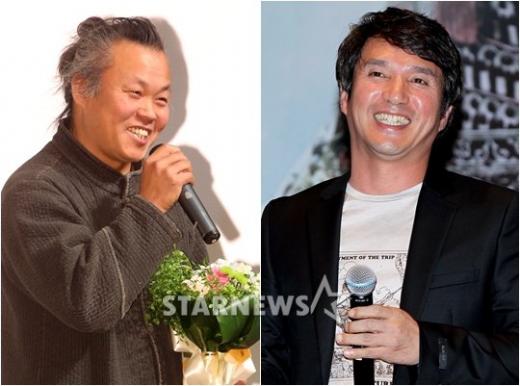 Kim Ki-duk and his old time persona are meeting for the first time in 12 years.

Kim and Jo came together for a new movie called, "Moebius". This movie took about two weeks to film along with the appearance of actor Seo Young-joo.

This is the first time in 12 years since these two have met. Cho Jae-hyun was called Kim Ki-duk's persona by starring in several of his movies but didn't have the chance to work together again since the 2001 movie "Bad Guy".

They got to a point where rumors about their falling out spread but they were seen chatting at the Venice Film Festival where they were both invited to.

Then they were seen several times in national public events and they attended the opening of a variety movie theater together.

"Kim Ki-duk and Cho Jae-hyun meet for the first time in 12 years"
by HanCinema is licensed under a Creative Commons Attribution-Share Alike 3.0 Unported License.
Based on a work from this source