Kim Kap-soo, says to JYJ Park Yoo-chun "I want to work with him if possible" 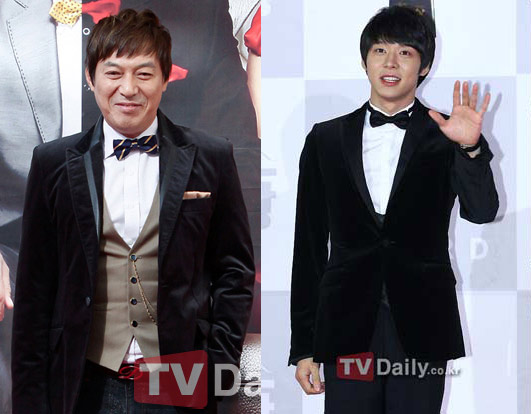 JYJ's internet broadcast on the 5th "ilovejyjcom" was founded as a special broadcast, "Yoochun Day".

Having worked with Yoochun in the KBS 2TV drama "Sungkyunkwan Scandal", Kim Kap-soo said in the video message, "Yoochun is my junior from high school".

"I knew that he was my junior and went to the set looking forward to meeting him but I didn't recognize him standing right next to me".

He continued to compliment him, "I knew he was a singer but he acted very naturally. If it's possible I would like to work with him again. He is shy and doesn't talk much but he is unlike those nowadays and is kind, earnest and polite".

He concluded, "I hope JYJ can show off whatever talent they have got".

"Kim Kap-soo, says to JYJ Park Yoo-chun "I want to work with him if possible""
by HanCinema is licensed under a Creative Commons Attribution-Share Alike 3.0 Unported License.
Based on a work from this source