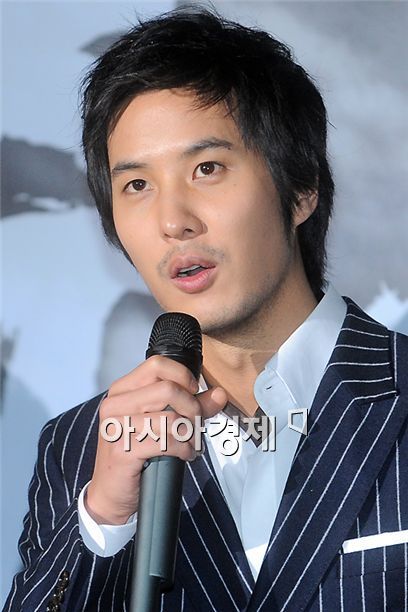 Korean actor Kim Ji-suk will be entering the Korean army in June to fulfill his military duties after MBC TV series "Personal Taste" ends its run next month.

An official at his agency said in a phone call with Asia Economic Daily on Wednesday that recent rumors of Kim enlisting on May 26 were "not true" and that he has yet to receive a draft notice from the military.

The actor had received his first notice from Korea's Military Manpower Administration while he was shooting the film "Take Off" last year.

At the time, he had pushed back his entrance date by signing an agreement that he would be going to the military by the end of June 2010.

"Personal Taste", a Wednesday and Thursday evening series starring Son Ye-jin and Lee Min-ho, will end its showing on May 20.

Kim Ji-suk, whose real name is Kim Bo-suk, has appeared in many television dramas and films including the recent hit drama "The Slave Hunters" (KBS2, 2010) and sports flick "Take Off" (2009). He turned 29 years old yesterday.

"Kim Ji-suk to enter military in June after "Personal Taste" wraps"
by HanCinema is licensed under a Creative Commons Attribution-Share Alike 3.0 Unported License.
Based on a work from this source