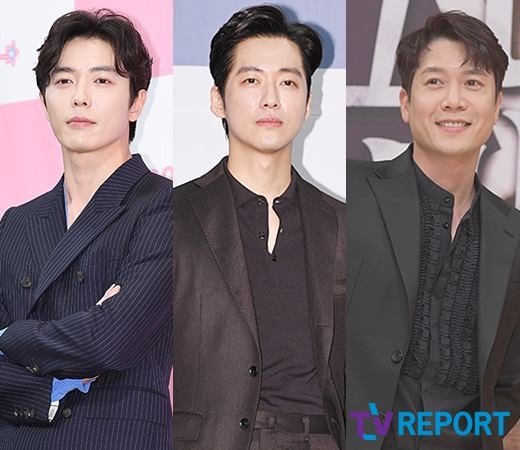 Actors who have mostly been playing bad guys or good guys have expanded their spectrum and no longer draw a line between good and evil.

Kim Jae-wook is a known actor for his roles as the colder guys. He's mostly been that bad-tempered and chic one in dramas like "Coffee Prince", "Bad Guy", "Marry Me, Mary!" and others. Now he has gone rogue. Kim Jae-wook caused a sensation with the role of psychopath Mo Tae-goo in the OCN drama "Voice" and it was said that he had met his life's character for the first time in 10 years. In addition, the actor starred in the OCN drama "The Guest - Drama" as exorcist Choi Yoon and unleashed his charisma.

Where will this transformation end? Between "Voice" and "The Guest - Drama", he appeared in the 2017 SBS drama "The Temperature of Love" as Park Jeong-woo and stole the hearts of women viewers. Kim Jae-wook also starred in the tvN drama "Her Private Life" as a bad-tempered boss, but became a warm hearted man to his woman.

Namgoong Min recently appeared in the KBS 2TV drama "Doctor Prisoner" as Na Yi-je, who becomes the director of a prison for revenge. He uses a stay of execution of the sentence to get prisoners on his side, and brings down Taekang Group. His unique dark performance skills stood out in this drama in addition to the SBS series "The Girl Who Sees Smells" and "Remember".

Namgoong Min may appear scary now, but he's really a softie. He was known as 'little Bae Yong-joon' when he first started acting. He played romantic roles in "I Need Romance Season 3", "Wild Chives and Soy Bean Soup" and "Can You Hear my Heart". He also starred in the SBS drama "The Undateables" last year and earned himself another title for being so diverse.

Jo Hyun-jae is another actor with many faces. He has kind eyes and has the visual of a romantic guy. He debuted in the year 2000 and starred in several dramas such as SBS's "KAIST", "Golden Pond" and SBS's "Daemang". Some of his representative dramas are 2004 "The Sun is Falling" and SBS's "49 Days".

Jo Hyun-jae transformed in the 2015 SBS drama "Yong Pal". He played Han Do-joon, a man of desire with a sense of inferiority. To posses Hansin Group for himself, he paralyzed his sister Yeo-jin (Kim Tae-hee) and even killed for his goal. It was even scarier, because he did it with such a kind face.

Jo Hyun-jae starred in the SBS drama "Let Me Introduce Her" last year, and reset his life character. He played an anchor who looked perfect, but turned out to be a domestically violent man. He played a man with two faces. It is highly anticipated what he will come back with next.

"Kim Jae-wook, Namgoong Min and Jo Hyun-jae, The Faces of Janus"
by HanCinema is licensed under a Creative Commons Attribution-Share Alike 3.0 Unported License.
Based on a work from this source