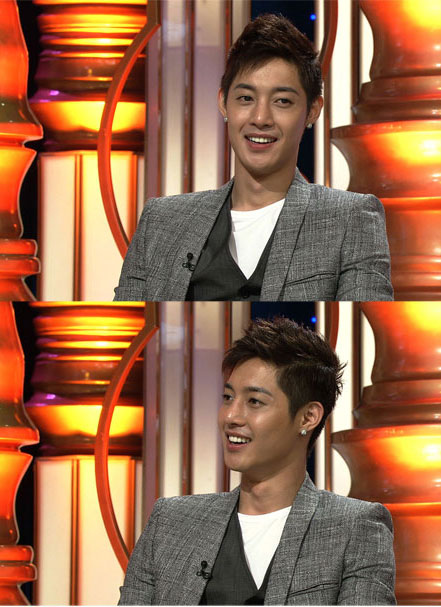 Kim Hyun-joong confessed he gets jealous of Won Bin and Gang Dong-won.

In the late night variety show SBS "Every Night" Kim Hyun-joong pointed out Won Bin and Gang Dong-won when he was asked "Is there any actor you envy the looks of?"

Kim Hyun-joong said, "While I was watching movie "The Man From Nowhere", women screamed at the past where Won Bin cuts his hair by himself and I got jealous. I niggled saying 'how could someone cut his hair on his own so well?'".

He also confessed that when he watched Gang Dong-won's "JEON WOO CHI: The Taoist Wizard", he thought Gang Dong-won was really cool but was jealous because so many women liked him.

Kim Hyun-joong claimed that he had experienced the best and the worst drama and spoke about what he thought their differences were.

He also spoke about the complex of his which he overcame watching Cha Seung-won, and was completely possessed by the Dok Go-jin character from MBC drama "The Greatest Love" as he imitated him as well. This show will be broadcasted at 11:15PM on the 13th.

"Kim Hyun-joong "I get jealous when women scream for Won Bin or Gang Dong-won""
by HanCinema is licensed under a Creative Commons Attribution-Share Alike 3.0 Unported License.
Based on a work from this source