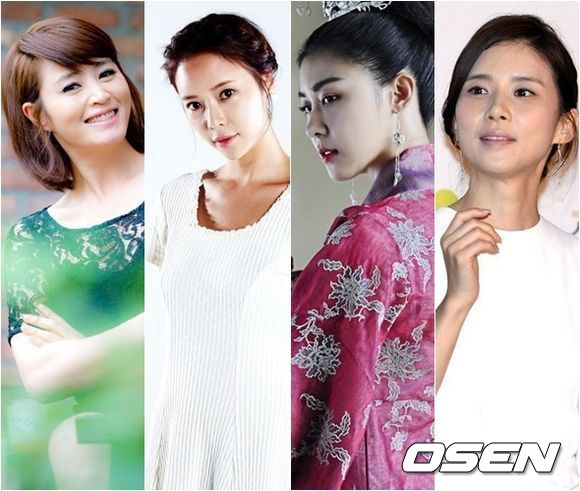 Everyone is curious, who will win the award of the year? One thing is for sure and it's going to be a party for the actresses for sure.

The "2013 KBS Awards" is looking at Kim Hye-soo as a strong candidate. If she wins the Grand Award this year, it'll be her first in 10 years.

She portrayed the most highlighted character through "The Queen of Office" this year and expanded her spectrum. Not only that, this is the rare case of a Japan originated drama relating to the Korean feeling as well.

However, there's always a chance of a twist. Hwang Jung-eum is also expected to win something meaningful this year. She did her best in "Secrets".

This drama was a step to maturing for her and Heo Ji-woong even said Hwang Jung-eum could create a controversy by getting the KBS Grand Prize this year.

Joo Won is also not one to be missed. While many actresses are being mentioned for the prize, Joo Won is the only actor who's among them. He proved his fame and abilities in "Ojak Brothers", "Bridal Mask" and other KBS dramas.

MBC was relatively weak this year and doesn't have many candidates to present but still there are Ha Ji-won, Han Ji-hye and Park Won-sook.

Ha Ji-won still has a long way to go with "Empress Qi" but she's succeeded in leading the drama which was a talk of the issue even before it was released.

Han Ji-hye played two roles in "Gold, Appear!" and Park Won-sook was the nastiest mother-in-law in "A Hundred Year's Inheritance".

In SBS there exsists, Lee Yo-won from "Empire of Gold", Lee Bo-young from "I Hear Your Voice", So Ji-sub and Gong Hyo-jin, Song Hye-kyo from "That Winter, the Wind Blows" and Soo Ae from "Yawang".

They say it might be push and pull between Lee Yo-won and Lee Bo-young. Lee Bo-young stood out in "I Hear Your Voice" and Lee Yo-won was respectable in her acting.

"Kim Hye-soo, Hwang Jung-eum, Ha Ji-won and Lee Bo-young, who's more likely to win?"
by HanCinema is licensed under a Creative Commons Attribution-Share Alike 3.0 Unported License.
Based on a work from this source