Kim Go-eun, Jung Hae-in Co-Star in Romantic Film Due out Next Year 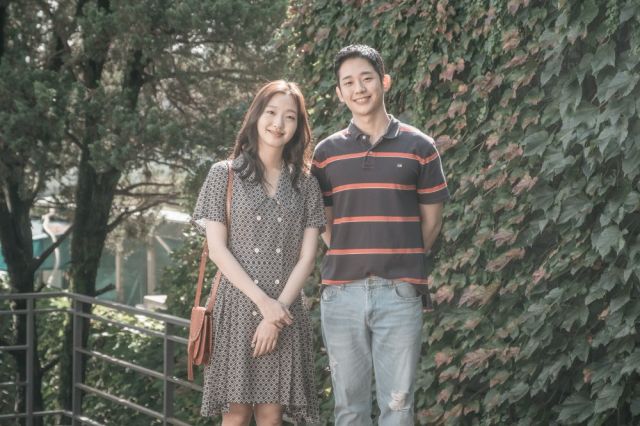 Kim Go-eun and Jung Hae-in recently completed filming the romantic comedy "Tune in for Love" they co-star in for release next year.

The film is about a man and a woman who meet by chance and cross paths many times before eventually falling in love.

In a more than three-month shoot from Sept. 1 to Dec. 14, the two stars reportedly showed good chemistry, raising high expectations for the film.

Kim plays a strong, hard-working woman. She said, "The movie made me realize how precious time and love are. I won't forget a single moment of filming".

Jung's character never loses his smile, even in tough times. "While filming, I learned that time is so precious. It was an unforgettable experience", he said. "I was happy and really enjoyed the shoot and working with Kim".

"Kim Go-eun, Jung Hae-in Co-Star in Romantic Film Due out Next Year"
by HanCinema is licensed under a Creative Commons Attribution-Share Alike 3.0 Unported License.
Based on a work from this source