Kanryu Currents in Japan, Past and Present 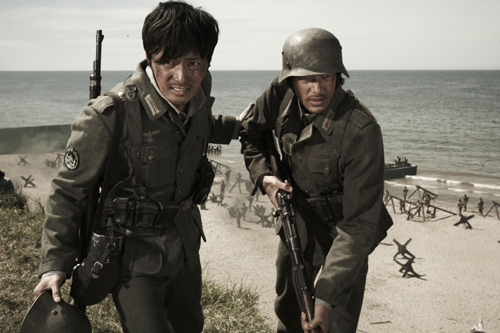 Tokyo-based journalist, translator and filmmaker Jason GRAY examines the ebb and flow of the Korean Wave in Japan over the past ten years, pinpointing the highs and lows.

The Korean wave of popular culture in Japan, referred to as "kanryu" or "hanryu" in Japanese, has had an interesting ebb and flow over the past decade. There were earlier booms here including traditional Korean ballads ("enka") in the late 70s, the Seoul Olympics in 1988 and the South Korea-Japan co-hosted World Cup in 2002. Japanese cinema exhibitors saw their first genuine Korean smash with Kang Je-gyu's "Shiri" (2000), which earned JPY1.8 billion (US$22.1 million) - an impressive result to this day. As we'll see, KANG is unique in that he figures into pre, peak and post kanryu cinema.

But the wave proper in Japan is attributed to a magical day almost exactly nine years ago in April 2003 when Korean TV drama "Winter Sonata" was broadcast on NHK BS2 and changed the two nations' shared cultural landscape forever. It also spawned a self-sustaining merchandising and advertising industry around its star Bae Yong-joon, aka "Yon-sama". BAE has also given back, donating KW1 billion (approximately US$900,000) to victims of the March 11 disaster last year.

Since those snowy days on Namisum, the stream of TV dramas, movies, and music has been constant with K-Pop acts Kara and Girls' Generation heralding a so-called "2nd" or "new" wave in 2010. Not a day goes by in the Japanese news when the term kanryu is not mentioned, extending beyond just contents into the social fabric of Japan.

On the flip-side (and dark side) there are theories, punctuated by some particularly nasty allegations, of collusion between the Korean government, Japanese TV networks and advertising giants in exaggerating the true popularity of kanryu contents (particularly K-Pop) to better line their pockets. One of 2011's more remarkable kanryu stories, and media-related news items, period, was a backlash in the form of large protests held outside of major broadcaster Fuji TV for showing too much Korean content.

Looking at Korean cinema in Japan, things are less obfuscated. Korea holds the #2 spot for imported movies behind the U.S. Aside from a blip in 2009, when overall imports plummeted after a string of small-medium distributor bankruptcies, it's held the position since overtaking traditional runner-up France in 2004. In 2011, there were 34 Korean releases, just over half of the 61 that came out in 2005 – Korean cinema's best ever year in the territory.

The mid-noughties were heady days, with films like "Taegukgi" (2004, Kang once again) getting a 300 screen release in mid-2004 and earning JPY1.5 billion (US$18.4 million), topped half a year later by "Windstruck"'s JPY2 billion (US$24.6 million) windfall, which also marked distributor Warner Brothers Japan's first Korean film release. Things pumped up even further with 2005 releases "April Snow", which took JPY2.75 billion (US$33.8 million), and all time champion "A Moment to Remember", which took JPY3 billion (US$36.9 million).

They deflated fairly rapidly, too. Japanese audiences didn't get very excited over Korean creature megahits "The Host" (2006) and "D-War" (2007) nor period piece "The King and the Clown" (2005). They turned back to local films in huge numbers, with Japanese films in 2006 overtaking imports for the first time in 21 years.

Fast forward to 2010. In a bold move, CJ Entertainment opens a Japanese entity in partnership with Toei exhibition affiliate T-Joy to reignite the old box office flame and venture further into Korea-Japan co-productions. A remake of Ghost ("Ghost : In Your Arms Again") co-starring Song Seung-heon would be one of their first major co-production efforts, and Paramount Japan's first LLP (local language production) venture. It did mediocre business.

Last year, Toei itself got back in the foreign acquisition-distribution game after almost 30 years. With a focus on major Asian releases, Toei's opening salvo was 2010 megahit "The Man From Nowhere", directed by Lee Jeong-beom and starring Won Bin, who has a passionate female following here. Unfortunately it wasn't a grower, despite high marks from those who did see it. This was followed by much smaller Toei release "Camellia" (2010), a Busan-set omnibus feature with a segment directed by Jang Joon-hwan.

Something wasn't working. The situation called for a cinema spectacular that would bowl over Korean and Japanese audiences the way "Taegukgi" did. "My Way" was Kang Je-gyu's third act.

With a budget of over US$20 million, "My Way" opened on 300 screens (just like "Taegukgi") on January 14. It only managed to pip US$1 million. Within a month it had all but disappeared from the battlefield, ending up in a shallow grave of $3 million. Kanryu cinema still hasn't gotten its mojo back...

What else will 2012 bring? With its critical drubbing at home, moviegoers might leave next week's "Hindsight" in their rearview mirrors. But May is looking "Sunny - 2010". And there have been well-received local "Poetry" readings across Japan since last month. And when will Japan become animated over the new wave of Korean cartoon features such as "Leafie, A Hen Into The Wild"?

Perhaps a different approach is required. Economically linked sister cities Busan and Fukuoka (a scant 50-minute plane ride or 3-hour ferry ride apart) have just launched a new initiative entitled the "Kanryu Cinema Campaign". With an aim to increase the fan base for each other's films, three as-of-yet unscreened titles from both countries will be shown beginning this fall until March 2012. Fukuoka, which has two film festivals of its own, hopes to learn from the exponential growth of the film industry across the Korea Strait.

Things may be a little unsteady for Korean cinema in Japan recently, but that's the nature of waves. It's sure to crest once again.

"Kanryu Currents in Japan, Past and Present"
by HanCinema is licensed under a Creative Commons Attribution-Share Alike 3.0 Unported License.
Based on a work from this source