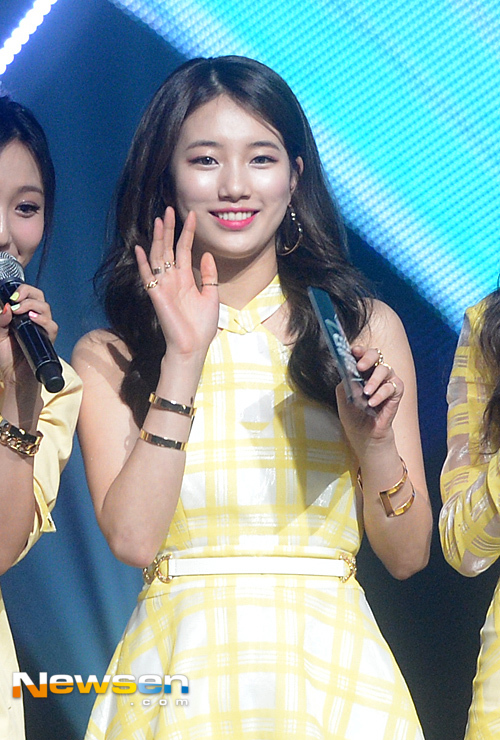 Suzy has finally decided to turn town the offer to play the lead role, Hong-seol for "Cheese in the Trap".

miss A member 'Suzy"s agency JYP Entertainment has spoken on the phone conversation with Newsen on July 13th, "Suzy received an offer to play the lead role for tvN's new drama "Cheese in the Trap". However, she has turned down the offer in a polite manner".

"Cheese in the Trap" will be directed by producer Lee Yoon-jeong, who is well known for her delicate and sensuous directing through 'Coffee Prince' and "Heart to Heart". Actor Park Hae-jin has been confirmed for the male lead role so far.

Anticipation has been going up as to whether Suzy and Park Hae-jin will join in the drama, which has turned out to be unlikely now.

Meanwhile, "Cheese in the Trap" depicts love and trouble with '88000 won generation', South Korea's G-generation in the harsh labor market, through the tricky relationship between a college girl, Hong-seol and her senior student Yoo-jeong, who always looks somewhat suspicious. The drama will begin sometime in October.

"JYP confirms Suzy has turned down offer for 'Cheese in the Trap' after careful consideration"
by HanCinema is licensed under a Creative Commons Attribution-Share Alike 3.0 Unported License.
Based on a work from this source