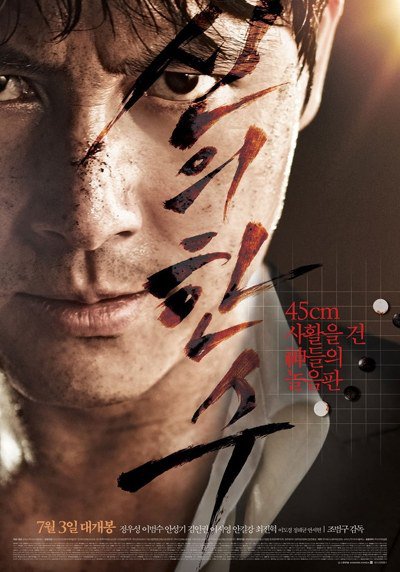 According to the Korean Film Council, "The Divine Move" gathered 181,052 people in one day and came in first.

"The Divine Move" reached a record-setting opening, beating "Transformers: Age of Extinction" which has been in the lead at the box office. It's been 31 days since a Korean movie took the top spot.

"Jung Woo-sung & "The Divine Move" defeats "Transformers 4" at the box office"
by HanCinema is licensed under a Creative Commons Attribution-Share Alike 3.0 Unported License.
Based on a work from this source