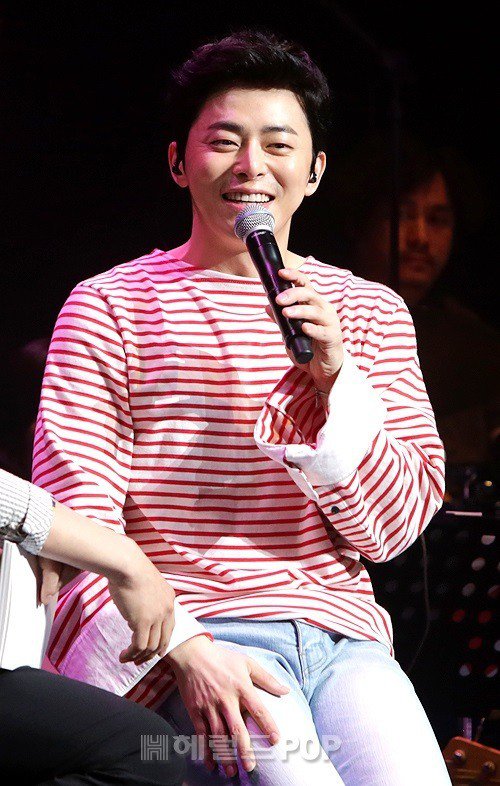 His fan meeting "The Room" was held on the 7th afternoon.

Jo Jung-suk was asked if he thought himself born to be an actor and he said 'yes'. "I think actors have to have confidence and be good at everything. I have had times when my confidence was broken down, but I overcame it and became strong again. I am scared if I'm not prepared, but when I am prepared, I'm not afraid at all.

He was asked if he cared about the viewing rate at all and he said, "I do. The result of something I worked hard for is actually in the hands of the viewers. I am confident to create good results but the numbers are up to those who watch it. I want my next drama to rate over 20%. I am looking at a drama for the end of the year called "Drug Lord"".

Reporters asked Lee Jong-suk who was the best kiss partner until today and he hesitated before saying, "Pyo Na-ri (Gong Hyo-jin) from "Incarnation of Jealousy" as she was mentioned the most".

Jo Jung-suk debuted in 2004 with the musical "Nutcracker Doll". He then starred in many other musicals such as "Grease", "The Man Who Goes Through Walls", "Headwig", "Spring Awakening" and more. Then he started a movie called "Architecture 101" and hit it off with "The King 2 Hearts" and "Oh My Ghostess" as well as "Incarnation of Jealousy".

"Jo Jung-suk, "Best kissing partner? Gong Hyo-jin from "Incarnation of Jealousy"""
by HanCinema is licensed under a Creative Commons Attribution-Share Alike 3.0 Unported License.
Based on a work from this source