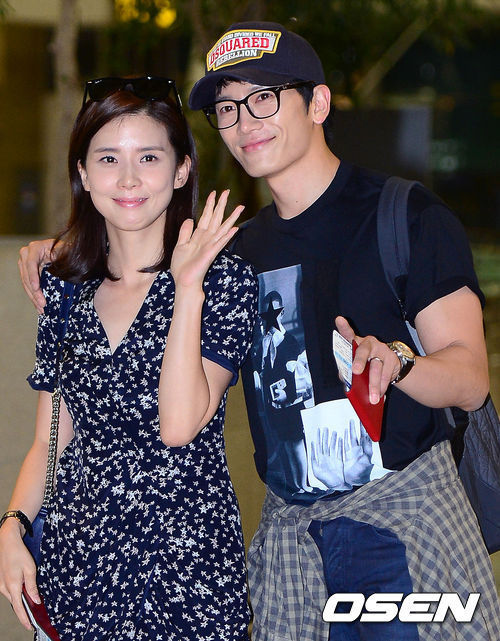 Actor Ji Sung and actress Lee Bo-young are signing up to a hundred years of being together.

Ji Sung and Lee Bo-young are getting married today (27th) at the Walker Hill Hotel. There will be performances by Yoon Sang-hyun, Ku Hye-sun and Kim Beom-soo.

They will hold a press conference at 2PM prior to the wedding and hold the wedding in private.

Ji Sung and Lee Bo-young met in the 2004 SBS drama "Save the Last Dance for Me" and started dating since 2007. They were caught up in break up rumors every now and then but they just supported each other in what they did. Lee Bo-young let the public know about the wedding in a handwritten letter after "I Hear Your Voice".

Not only that, the couple were spotted publicly on dates. They were careful not to mention each other too much on TV. They had their wedding pictures taken in Spain and started being seen more often that before together after the announcement. Ji Sung appeared on the KBS 2TV show "Happy Together" and even said, "Lee Bo-young is pretty no matter what she does".

Meanwhile, they have postponed their honeymoon due to the drama Ji Sung is currently filming and Lee Bo-young will leave for international charity after the wedding.

"Ji Sung and Lee Bo-young get married today"
by HanCinema is licensed under a Creative Commons Attribution-Share Alike 3.0 Unported License.
Based on a work from this source