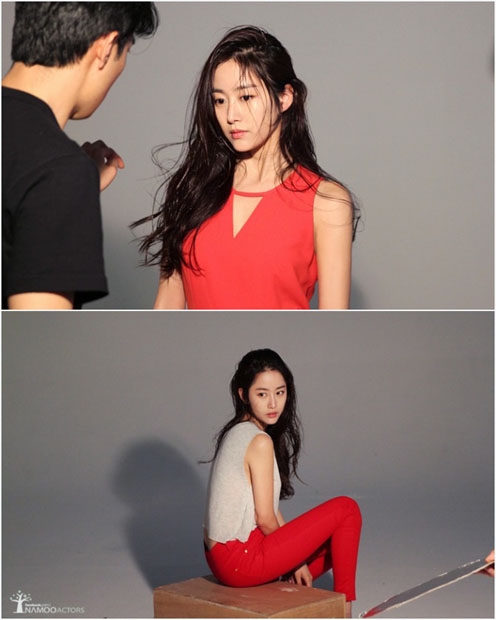 In the images, Jeon Hye-bin shows off her innocent appeals with the straight long moist hair and her luminous natural makeup.

Jeon Hye-bin's pictorial can be seen in 'BeautiFFul' April issue.

"Jeon Hye-bin looks amazing in un-photoshopped BTS still images"
by HanCinema is licensed under a Creative Commons Attribution-Share Alike 3.0 Unported License.
Based on a work from this source