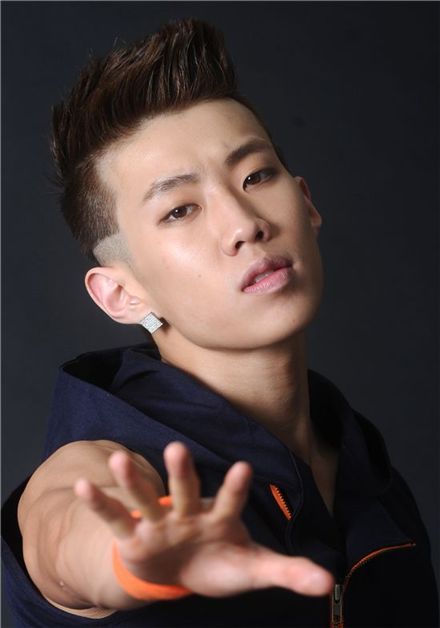 Jay Park, former leader of popular boy band 2PM, has posted a personal message to fans on his official website (http://www.jaypark.com) on Thursday, a day before his long-awaited return to Korea.

The singer, who will be arriving in Seoul Friday afternoon to start shooting b-boy film "Hype Nation 3D", released a lengthy statement in English and Korean on the website, saying "before I move on to a new chapter in my life, I want to just say some things and put my past to rest".

He started the message by saying, "I'd like to apologize to all the fans and to 2PM for putting you guys through so much emotionally and mentally since last September. I'm sorry it had to come to a situation where we couldn't be together and I want everyone to know that I have nothing but love and support towards 2PM".

Park was referring to the notorious incident last fall when several controversial remarks -- including "I hate Korea" -- he had written on his MySpace pages before his debut surfaced on the Internet. The matter sparked an instant outrage throughout the country, leading to Park quitting the band and leaving Korea four days after it broke out.

In his message, the Korean-American singer was careful with his words, only saying "to touch the subject again will mean hurting people that I do care about, be it fans, friends, ex colleagues, loved ones and I just don't think its fair to activate another roller coaster ride just when everyone is starting their healing process and moving on. As long as I am in the clear with God, my family and my fans, it is sufficient for me".

"I was once young and naive and said some things that got blown out of context", the singer wrote. "but would like to add that I am proud to be Korean, I love Korea, my parents are Korean, and where ever I go, whatever I do, I will try to the best of my ability to represent Korea well".

The Seattle native showed gratitude for "every opportunity from now on that gets presented to me" and asked that "everyone get along and move on. Life is too short to be angry".

Park had been staying in the U.S. since the incident, dancing with his b-boy crew Art of Movement and recently signing with U.S. online media company Digital Media Wire (DMW) to manage his career in the entertainment business.

"Hype Nation 3D", 70 percent of which will be shot in Korea, is about a dance contest between an American dance crew and South Korean b-boys.

Park has been cast as the male lead alongside singer T-ae of girl group RaNia.

"Jay Park posts message prior to Seoul arrival today"
by HanCinema is licensed under a Creative Commons Attribution-Share Alike 3.0 Unported License.
Based on a work from this source