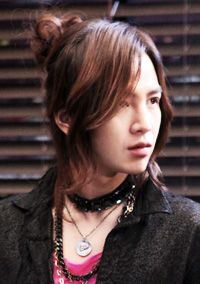 Jang Keun-suk, 23, will star in a new television drama by Yoon Seok-ho, director of "Winter Sonata", a promotion agency said.

The drama tentatively titled "Love Rain" is expected to air in the first half of next year. The new drama is also the first collaboration in a decade between Yoon and writer Oh Soo-yeon, who created "Winter Sonata" and "Autumn in my Heart".

The drama will focus on the essence of love in the 1970s and in the 21st century Korea.

Jang will play the double role of Seo In-ha, an art student in the 1970s and a liberal photographer, Seo's son in present Korea.

Jang, who is fast gaining wide popularity in Japan and other parts of Asia through television dramas, recently filmed Japan's Fuji TV variety program "SMAP X SMAP". In the past, other hallyu stars such as actors Jang Dong-gun, Lee Young-ae, Lee Byung-hun,

Choi Ji-woo, Ryu Si-won and kwon Sang-woo as well as pop singer BoA have been invited to appear on the program. In addition to appearing in TV dramas, Jang has also released a number of top-selling albums in Japan.

"Jang Keun-suk to star in 'Love Rain'"
by HanCinema is licensed under a Creative Commons Attribution-Share Alike 3.0 Unported License.
Based on a work from this source