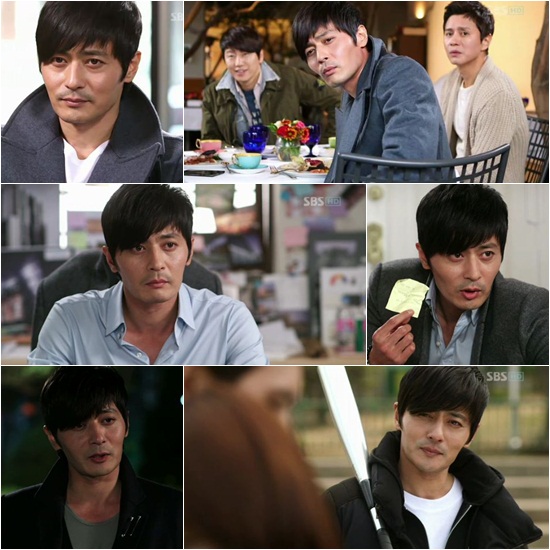 Jang Dong-gun has appealed to the viewers with his visual and talents despite the fact that he plays the role of a 'useless' middle-aged man.

Jang Dong-gun returned with the SBS drama "A Gentleman's Dignity" for the first time in 12 years. As much as producer Sin Woo-cheol and writer Kim Eun-sook put their efforts into casting him, Jang Dong-gun's come back was of important interest for a while. Many were interested to see his come back with a drama but more to see if he would still have the same affect on people like he did before. So far until the second episode, he seems to be doing alright, playing the nucleus role and showing off his perfect 'visual'.

Jang Dong-gun's lines have already started becoming a trend now. Taking on the role of Kim Do-jin, a proud and bad tempered architect, his cheeky remarks and speaking tone has the ladies swooning over him already. He has all the qualities of a "Bad Guy".

Jang Dong-gun was popular in various youth dramas in the 1990s. Those who remember him then would know that his top star review came from his reliable base from the past in dramas. He then stepped into the movie industry for an expansion in his career and until this day he has been focusing on his filmography.

Jang Dong-gun is quenching the thirst of many fans through this drama. It is the fist time he's been in one since the year 2000. Many of those who weren't always his fans but curious of his power are also nodding their heads.

"Jang Dong-gun still wants the 'cool' part after 12 years"
by HanCinema is licensed under a Creative Commons Attribution-Share Alike 3.0 Unported License.
Based on a work from this source