Jae Bum to Star in Movie 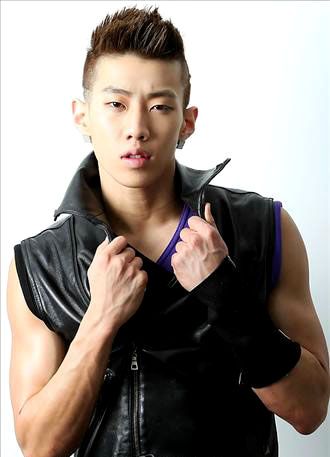 "Jae Bum (Park Jae Bum, 23), as a former B-boy, has remarkable dance and rap skills, he can speak English fluently, and he also has a cute "Bad Guy" image, so I thought that he is perfectly suitable for the role". --Jason Lee

Korean-American Jason Lee (34), who is an executive producer of the upcoming Korean and American dance film entitled "Hype Nation 3D", spoke to a news reporter in Yeouido on why he cast former 2PM member Jae Bum for the movie, and he also talked about the future production schedule.

Korean-American Jae Bum had been caught up in a controversy over remarks he made degrading Korea last September, and he had left for his home in Seattle. After that, his agency JYP Entertainment officially decided to withdraw him from 2PM in February due to issues in his private life, and he has stayed in the USA since then. Therefore the news about his comeback is drawing attention in the Korean entertainment industry.

Lee, who came to Korea for preproduction tasks such as casting and visiting the filming location, said, "I emailed Jae Bum, whom I am acquainted with, to deliver the casting offer in February, and Jae Bum readily showed a positive response. He signed the contract in March to appear in the film and to participate in recording the original soundtrack". He continued, "Jae Bum is now receiving acting training and practicing dancing for the film. In the beginning of June, around 30 production staff members including Jae Bum's parents and other actors will come to Korea, and we are planning to have the production presentation".

The film will be made with 20 billion won worth of funding from both Korea and the US, and it will portray the story of an Asian B-boy group participating in the World B-boy Championship held in Asia and then moving on to have successful lives in America. Director Alan Calzatti, who has made music videos for the Backstreet Boys and N Sync, will direct the film, and Teddy Riley, who was popular as a leader of Black Street in the 1990s and famous for producing albums for Michael Jackson, John Legend, and the Pussycat Dolls, will participate as a music director. Jae Bum will play the leader of the Korean B-boy group in the film.

In addition, the American group B2K, who appeared in the movie "You Got Served" which created a new genre of hip hop dance movies in 2004, has been cast as well. Lee explained that the fact that B2K will appear in another dance movie is drawing significant attention in America. Also, the American B-boy group AOM, to which Jae Bum belongs, and the Korean B-boy group Gambler have been cast in the film, and Japanese actor Cary-Hiroyuki Tagawa will play an evil character, the Mafia boss. Lee also said that he is now looking for an actress among Korean girl group members to play the role of a dancer who belongs to Jae Bum's B-boy group, but falls in love with a member of the rival American B-boys. He said, "We will stay in Korea for about eight to ten weeks and finish filming about 80 percent of the film. Then, the other 20 percent will be filmed in Los Angeles and New Mexico. The movie will be filmed with the target date for worldwide release of summer of next year".

Lee explained, "The song 'Demon' will be released simultaneously in Korea and America in July, and the other songs in the original soundtrack will be released one by one following the schedule of the opening of the movie. Also, we will go on the 'Hype Nation 3D' tour to Asian countries and cities in America like New York for the promotion".

Lee was not forthcoming regarding the question whether he will mention Jae Bum's withdrawal from 2PM when they come to Korea. He said, "I cannot say anything about it. Jae Bum is now spending time with his family and only concentrating on preparing for the movie after quitting a part time job. Also, he goes to church diligently. I finalized the contract with Jae Bum only for the movie, but I want to help Jae Bum's activities in America after that as well".