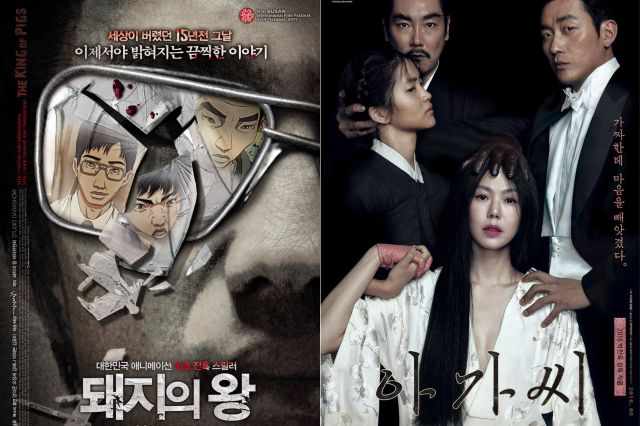 One of the biggest and most prestigious film festivals in the world, the Cannes Film Festival, is set to return for its 75th annual installment from May 17 to 28, 2022. This year, 5 South Korean films have been officially selected to be featured at Cannes: "Decision to Leave" by Park Chan-wook, "Broker" by Hirokazu Koreeda, "Hunt" by Lee Jung-jae, "Next Sohee" by July Jung, and "Persona - Short" by Moon Soo-jin. If you're looking for even more Korean films that have gained their due recognition at the Cannes Film Festival over the years, you've come to the right place. Here are 10 critically acclaimed Korean films (arranged in no particular order of ranking) that you need to watch! 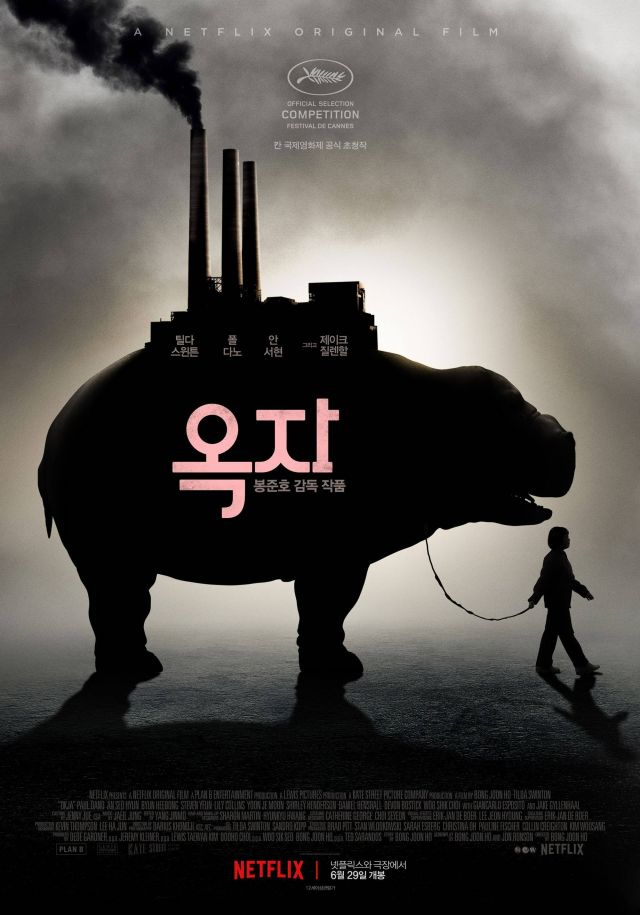 Starring Jake Gyllenhaal, Byun Hee-bong, Steven Yeun, Paul Dano, Tilda Swinton, An Seo-hyun, Lily Collins and Choi Wooshik, "Okja" by director Bong Joon-ho tells the story of a young girl, Mija, living in the mountains who raises a genetically modified super-pig, endearingly named Okja, only to have it taken away when it reaches a certain age. The film charts her journey to rescue Okja from the horrors of the meat industry and sheds light on the social import it has in real life. "Okja" was selected to compete for the Palme d'Or in the Main Competition section at the 2017 Cannes Film Festival. 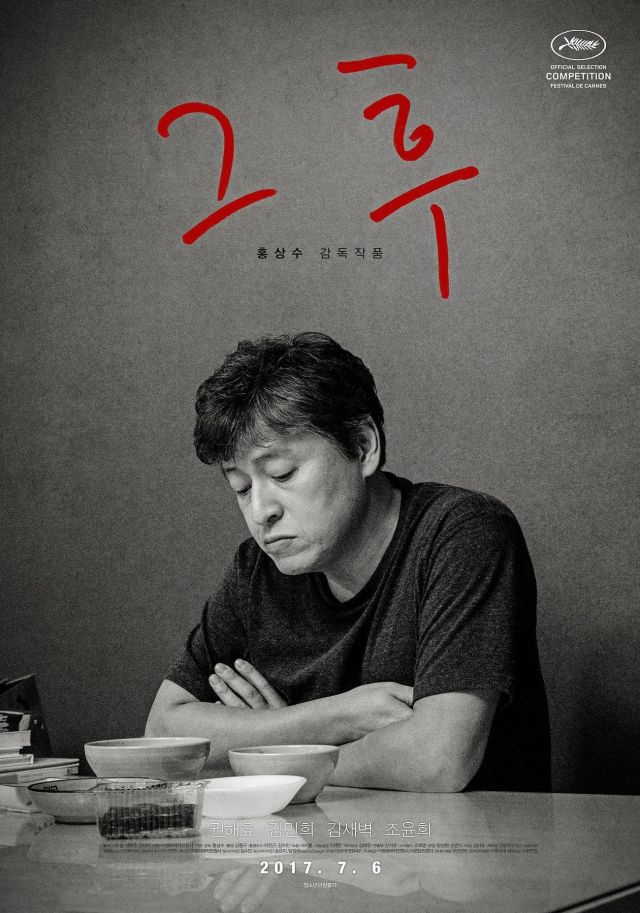 This moody, art-house, existentialist black-and-white film revolves around a middle-aged man, Kim Bong-hwan (Kwon Hae-hyo), who runs a small publishing house in Seoul with one employee. After an adulterous affair with his previous secretary, he hires a replacement, Ah-reum (played by Kim Min-hee), who is faced with a predicament on the first day of work when his wife barges into the office to confront the woman she believes he's having an affair with. "The Day After - 2017" was a part of the Official Selection for the Palme d'Or at the Cannes Film Festival in 2017. 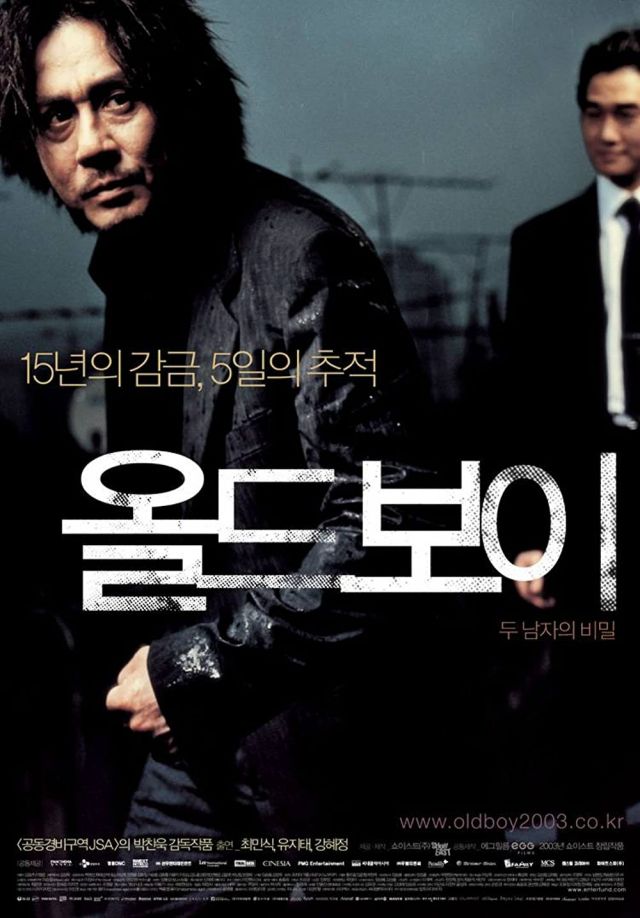 One of the greatest films in the history of world cinema, "Old Boy" by director Park Chan-wook, starring Choi Min-sik, Yoo Ji-tae, and Kang Hye-jung is a must-watch. Our protagonist, Oh Dae-su is abducted and imprisoned in a private cell resembling a hotel room for 15 years without any clue as to his captor or the reason for his capture, only to be abruptly released into a quagmire of conspiracy. The film speaks to ideas of freedom, communication, identity, and absurdity, all the while maintaining a thrilling neo-noir foundation that is as entertaining as it gets. "Old Boy" won the Grand Prix at the 2004 Cannes Film Festival and earned high praise from Quentin Tarrantino, the President of the jury. 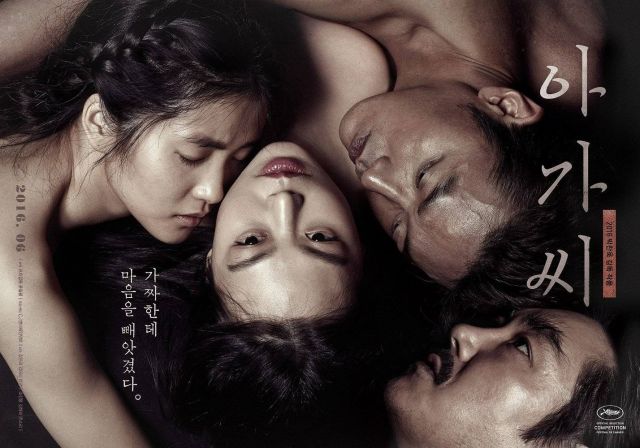 "The Handmaiden" by Park Chan-wook

A film that defined a generation, Park Chan-wook's "The Handmaiden" continues to be as relevant and evocative now as it was at the time of its release. Starring Kim Min-hee, Kim Tae-ri, Ha Jung-woo, and Cho Jin-woong in the central roles, "The Handmaiden" is a psychological thriller that plays on human vulnerability in stark contrast to their pursuit of happiness. It is also one of the finest portrayals of sapphic relationships as the main driving force of the narrative. "The Handmaiden" was a part of the Official Selection for the Palme d'Or at the 2016 Cannes Film Festival. 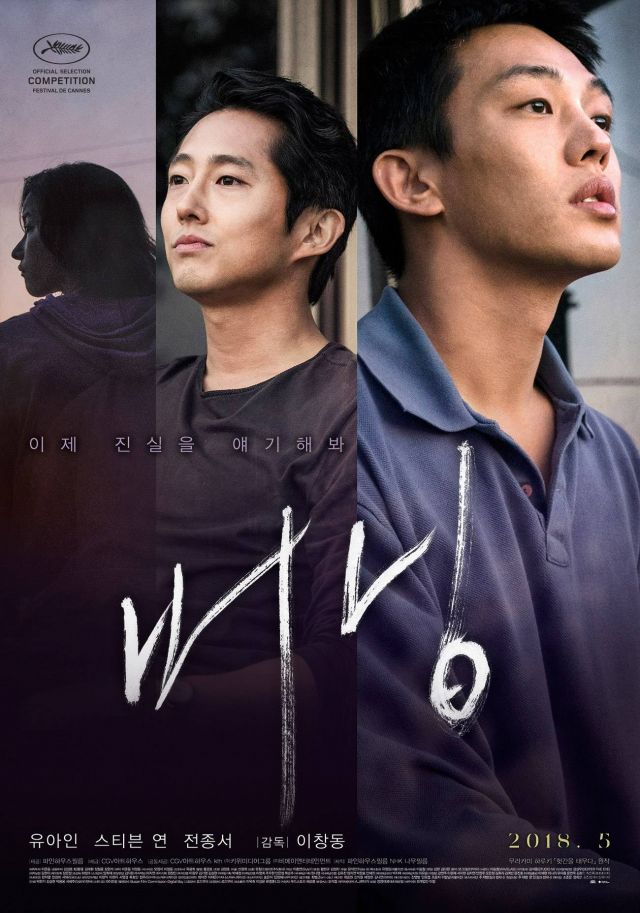 As is expected of a Murakami adaptation, "Burning" by director Lee Chang-dong is an abstract and enigmatic tryst with philosophy and modernity. Hae-mi (played Jeon Jong-seo) is a chimera and Jong-soo (played by Yoo Ah-in), on the other hand, is the poster child of resentment and rage. Steven Yeun provides a stark contrast to them both, as the rich and affluent Ben. "Burning" competed for the Palme d'Or at the 2018 Cannes Film Festival and received the FIPRESCI International Critics' Prize at the same. 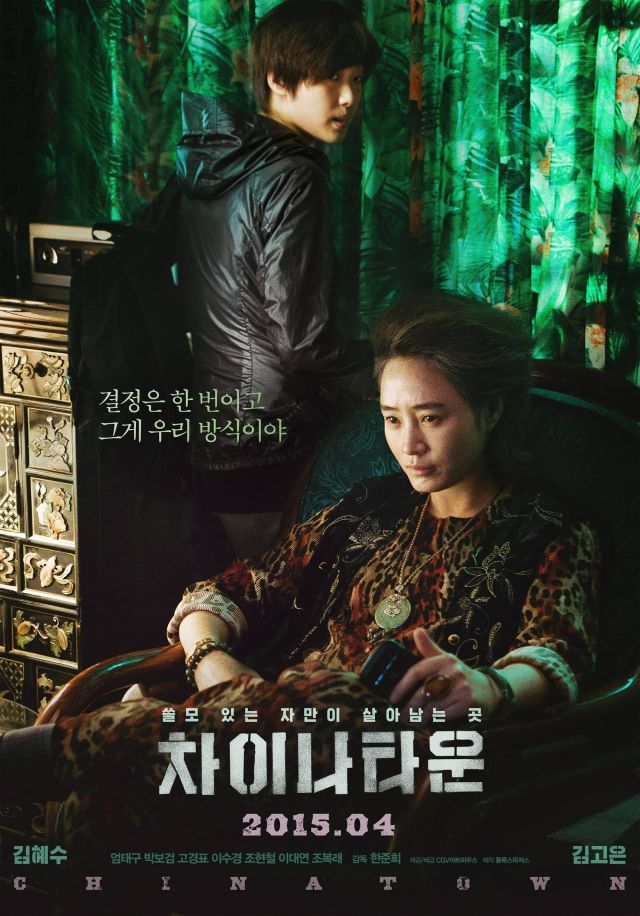 When an abandoned newborn is found by a beggar and later raised by a crime organization, survival becomes a way of life. Directed and written by Han Jun-hee, "Coin Locker Girl" stars Kim Go-eun, Kim Hye-soo, Park Bo-gum, Um Tae-goo, and Go Kyung-pyo. Besides the riveting plot dominated by crime and action, the undercurrent of chosen families will tug at your heartstrings. The film received a special screening at the 2015 Cannes Film Festival during the International Critics' Week.

"King of Pigs" by Yeon Sang-ho

One of the most groundbreaking works in the history of Korean animation, Yeon Sang-ho's feature debut "King of Pigs" is a gruesome and painfully realistic portrayal of the horrors of human nature. With class struggle, school violence, and mental health as the story's key themes, "King of Pigs" will send chills down your spine. At the 2012 Cannes Film Festival, "King of Pigs" was screened in the Directors' Fortnight category. 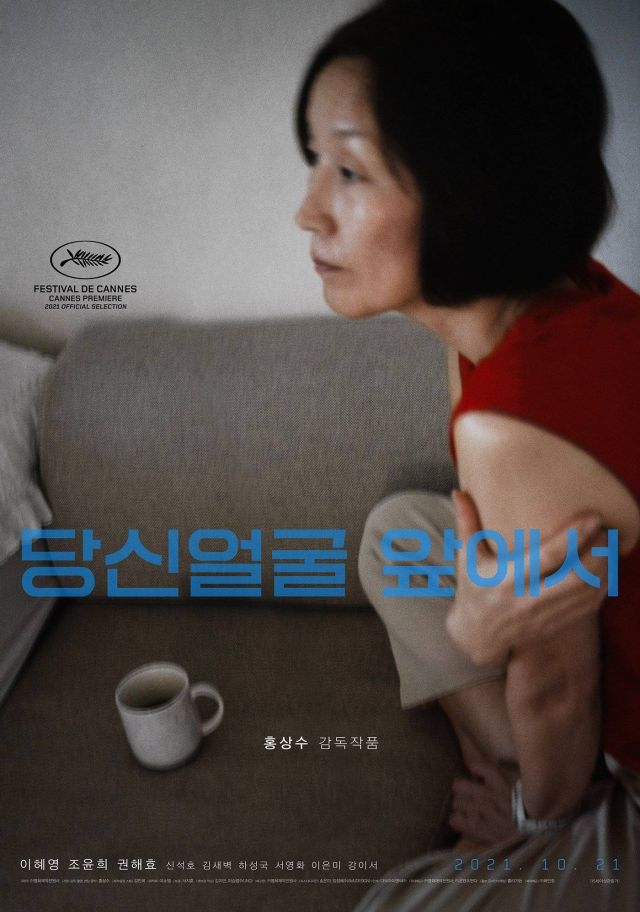 "In Front of Your Face" by Hong Sang-soo

Another artistic chef-d'oeuvre by Hong Sang-soo, "In Front of Your Face" is characteristically meditative. Starring Lee Hye-young-I, Jo Yoon-hee-I, and Kwon Hae-hyo, this film is poetry played out on screen as we follow an extraordinarily ordinary actress navigating her rich yet complex inner world. "In Front of Your Face" was selected for screening at the Cannes Premiere section during the 2021 Cannes Film Festival. 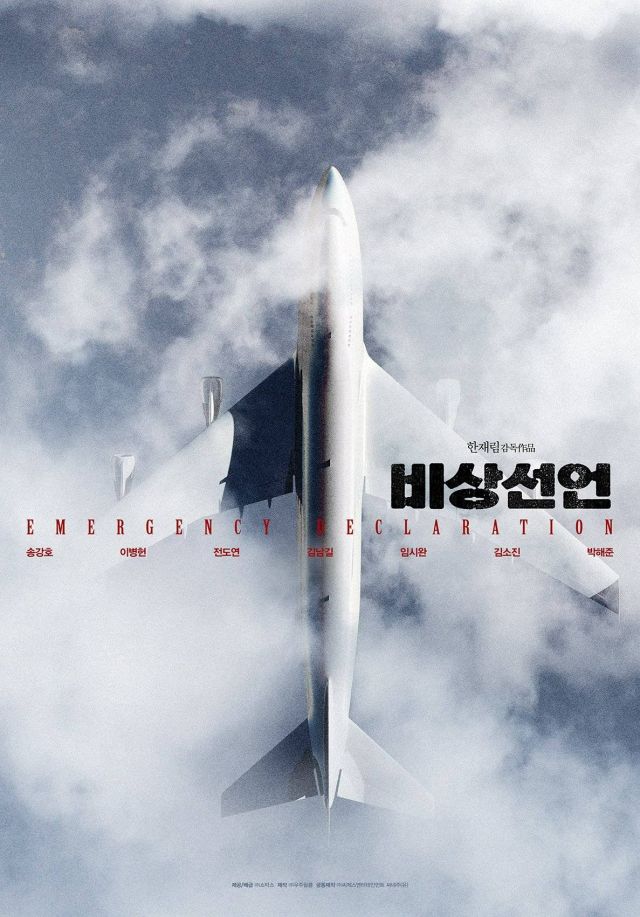 "Emergency Declaration" by Han Jae-rim, starring top Hallyu stars Song Kang-ho, Jeon Do-yeon, Lee Byung-hun, Kim Nam-gil and Im Si-wan, is one of the most gripping disaster-action films you'll ever see. Based on the premise of a lethal virus outbreak on a plane mid-air, "Emergency Declaration" will leave you uneasy yet entertained. The film premiered worldwide at the 74th Cannes Film Festival in the Out Of Competition section. 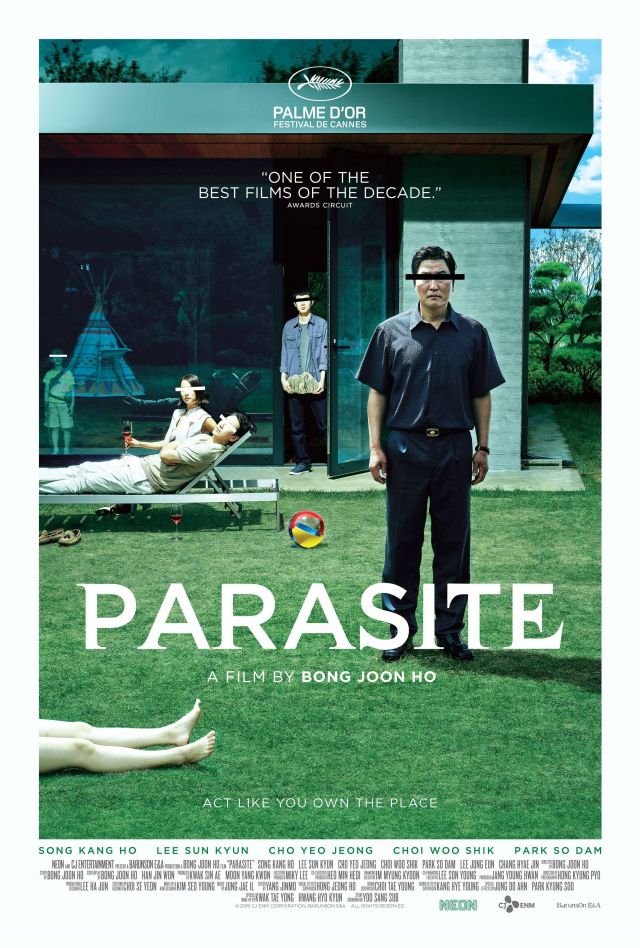