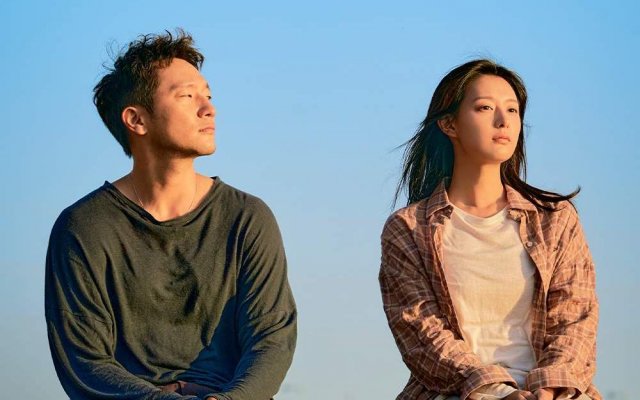 If you've been a K-Drama fan for longer than you can remember, there must have been times when you felt like your options were saturated. A K-Drama slump can be quite difficult to get over, whether that be due to the lack of new shows, concepts, or genres. If you're going through one right now, here are 10 fresh K-Dramas that will pull you back into the loop effortlessly. 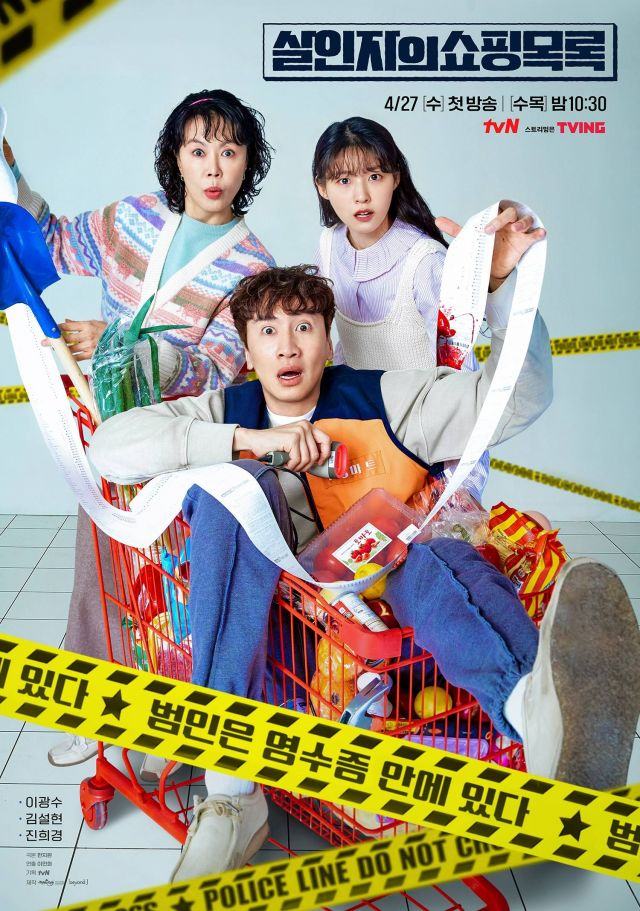 A refreshing take on murder mysteries, "The Killer's Shopping List" will liven up your senses with laughter, thrill, and suspense. Starring Lee Kwang-soo, Seolhyun, and Jin Hee-kyung, the drama follows a district police officer, a local supermarket owner, and her son as they attempt to uncover the truth behind a terrible crime. The drama is currently ongoing and gets better with every episode. 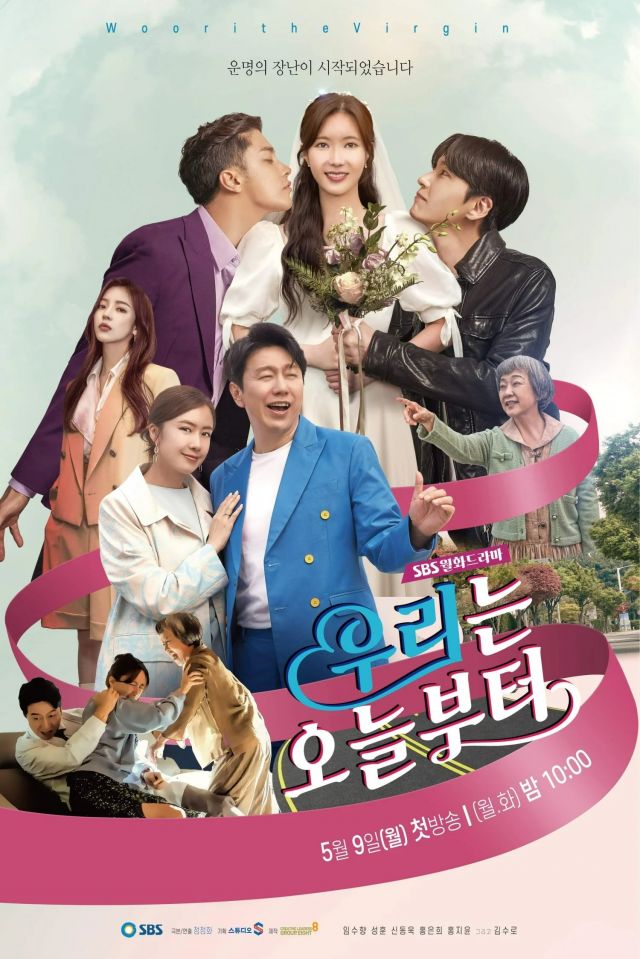 If romantic comedies these days are just not doing it for you anymore, you have to try "Woori the Virgin". When Oh Woori (played by Im Soo-hyang), a woman who has pledged abstinence until marriage, gets artificially inseminated in a medical mishap, her life is turned upside down. Based on the popular American series, "Jane the Virgin", "Woori the Virgin" is a far cry from your usual K-Drama yet at the same time, it is a satire of the same. From the fast-paced narrative to the myriad colourful characters, "Woori the Virgin" will have you in fits. 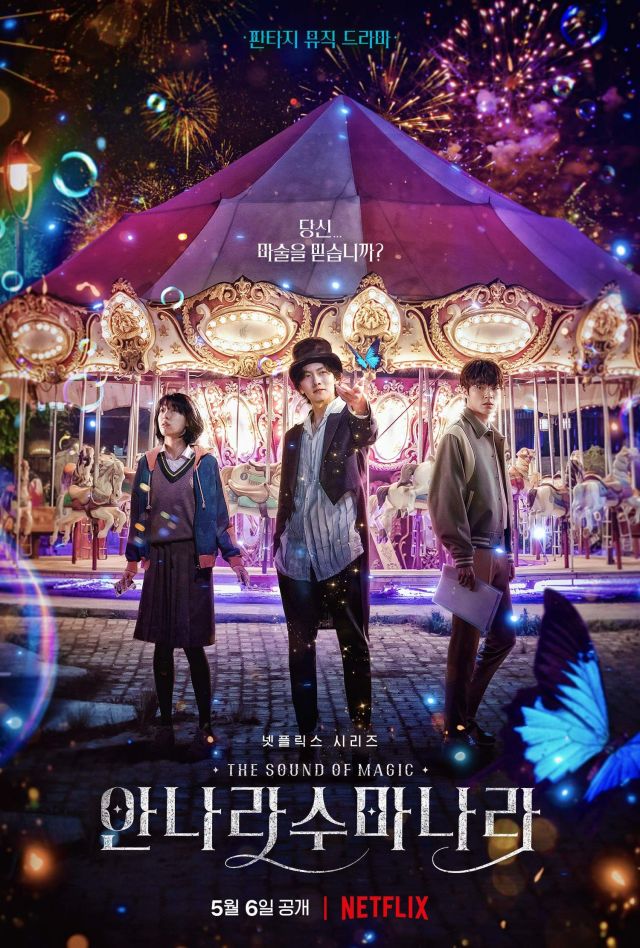 "The Sound of Magic"

Netflix's latest original, "The Sound of Magic" is one of the finest musical dramas you'll ever see. Starring Ji Chang-wook, Choi Sung-eun and Hwang In-youp in the leading roles, this drama tells the story of how a young girl finds magic and childlike innocence within and without in the cruel world of adults. Based on a webtoon of the same name, this short-form series will steal your heart from the get-go. 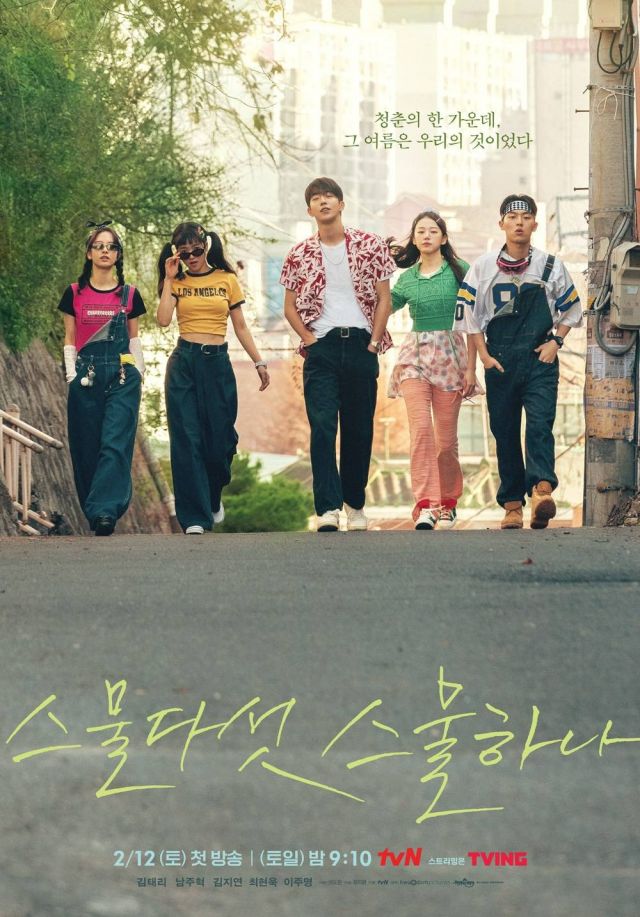 If you're tired of idealistic K-Dramas with impossible standards of love and relationships, "Twenty Five Twenty One" will be the perfect dose of reality for you. Starring Nam Joo-hyuk, Kim Tae-ri, Bona, Choi Hyun-wook, and Lee Joo-myung, "Twenty Five Twenty One" will take you back to the nostalgic 90s. From its portrayal of first love to friendships, the fiery passion of youth to the quiet elegance of adulthood, this drama is as wonderfully poignant as life itself. 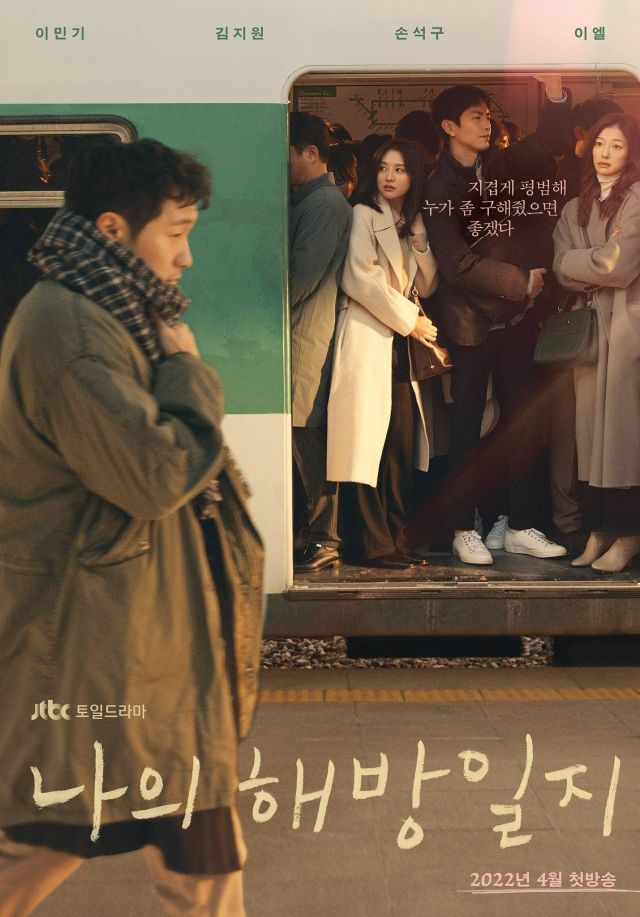 A slow, gentle, meditative piece of art, "My Liberation Notes" is just what you need when you want to take a break from the overcomplicated drama of K-Dramas. Starring Kim Ji-won, Son Sukku, Lee El, and Lee Min-ki, the narrative follows three siblings who pursue freedom and fulfillment from the unbreakable monotony of life and one mysterious stranger who acts as a catalyst for the same. "My Liberation Notes" is truly one of a kind. 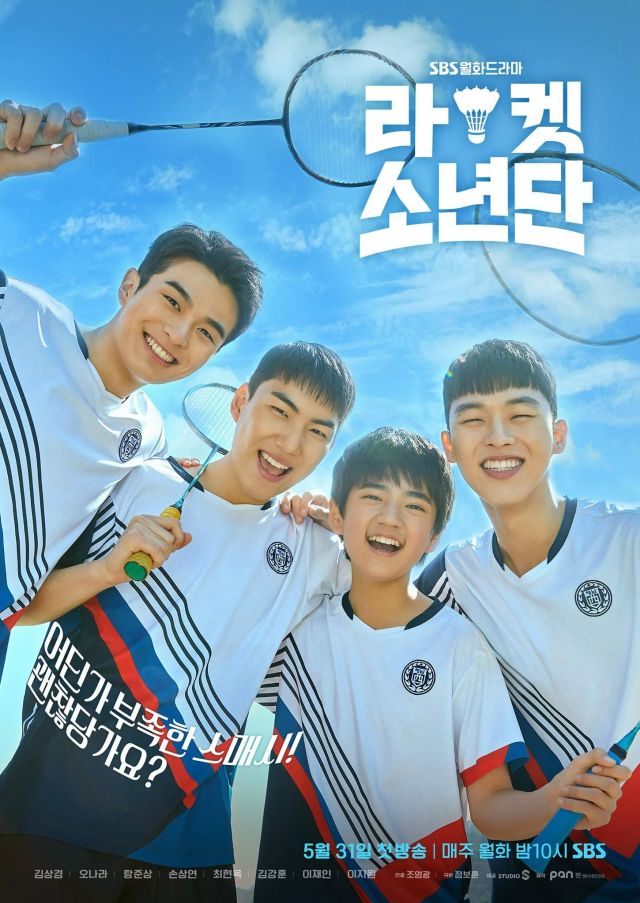 One of the best ways to get over a K-Drama slump is to check out some of the less mainstream genres. "Racket Boys" is a coming-of-age sports drama, starring a host of incredible rising stars that light up the screen with their bright presence. This drama will turn you into a badminton fan, if you aren't one already! 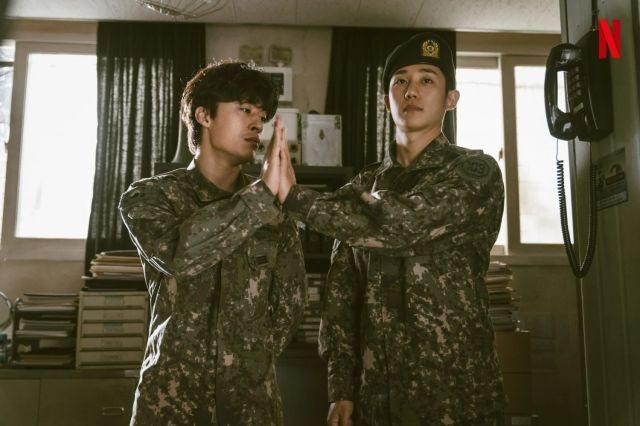 Starring Jung Hae-in and Koo Kyo-hwan, "D.P" follows the Deserter Pursuit team of the South Korean Army on their missions to capture army deserters. In the process, the horrors of life in the military are exposed, which gives rise to the central moral dilemma of the story revolving around compulsory military enlistment. With a second season confirmed, now is the perfect time to watch "D.P" and perhaps even read the webtoon it is based on! 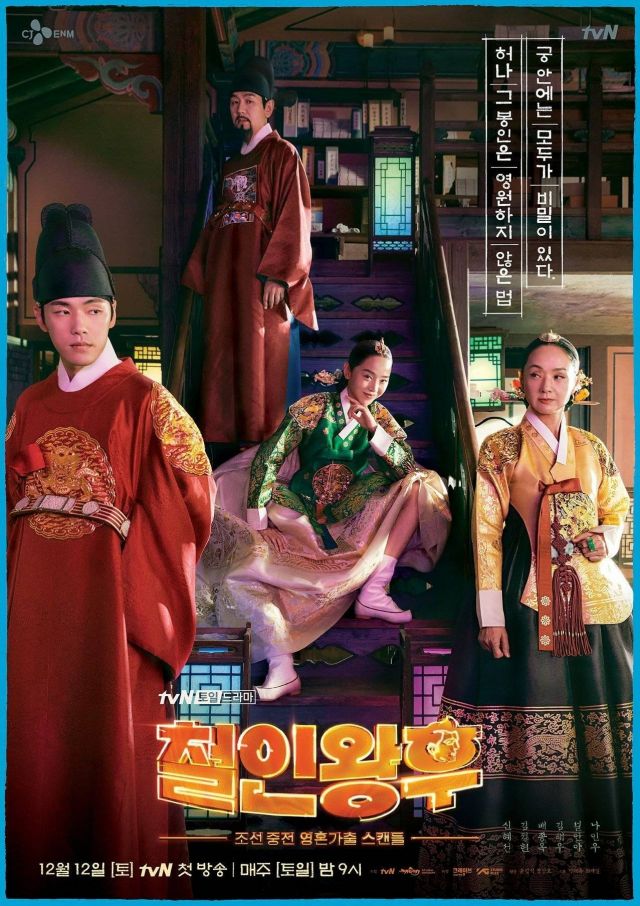 Over the years, Korean historical dramas have given us some of the most unique stories and characters of all time, and "Mr. Queen" is no exception. Starring Kim Jung-hyun and Shin Hye-sun, "Mr. Queen" is a soul-swap, time travel, romantic comedy that is as riveting as it is hilarious. This series will make you fall in love with K-Dramas all over again. 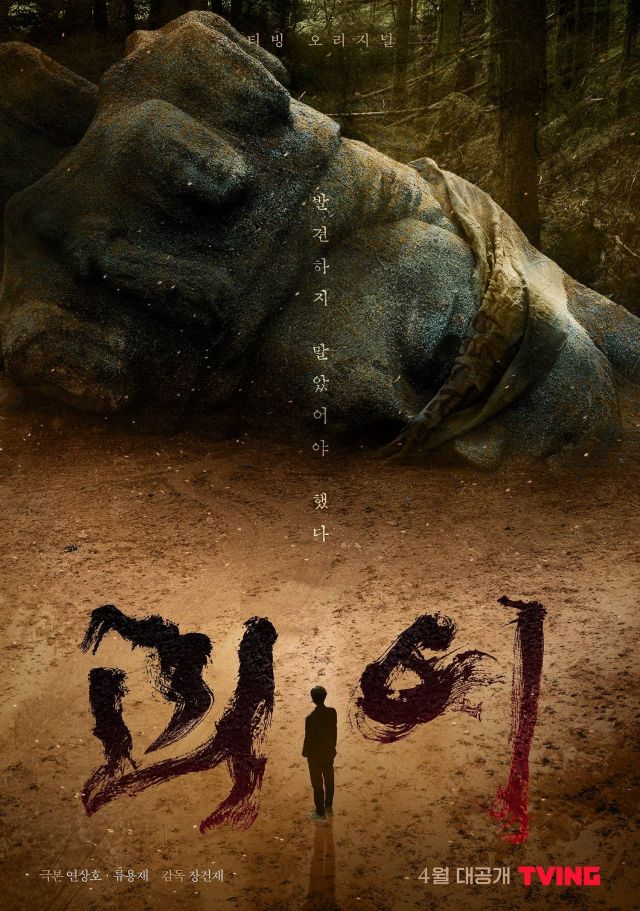 This 6-episode horror masterpiece will send chills down your spine with its immaculate storytelling, powerful symbolism, and striking imagery. When a cursed Buddha statue is dug out from the depths of the Earth and exhibited for touristry, hellish events start plaguing a small village. Starring Koo Kyo-hwan, Shin Hyun-bin, and Kwak Dong-yeon, the impact of this series is beyond all comparison. 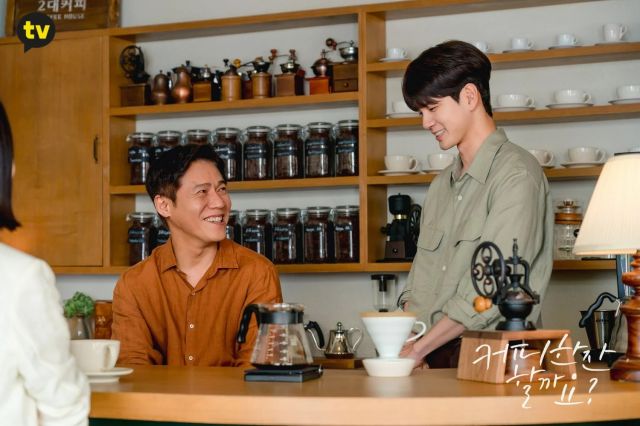 Calm, contemplative, and philosophical human dramas like "Would You Like a Cup of Coffee?" come along once in a blue moon and when they do, they leave a deep impression on your soul and linger long after they're gone. Starring Ong Seong-wu and Park Ho-san, "Would You Like a Cup of Coffee?" tells the story of rookie barista Kang Go-bi who finds direction in life after a godsent cup of coffee brewed by Park Seok. After much persuasion, Park Seok takes him in as an apprentice and teaches him all about the wondrous world of coffee. It is the perfect drama to help you unwind after a long day and perhaps even change your perspective on life! Either way, it is a must-watch!