"Introvert Boss" 3 elements to look out for 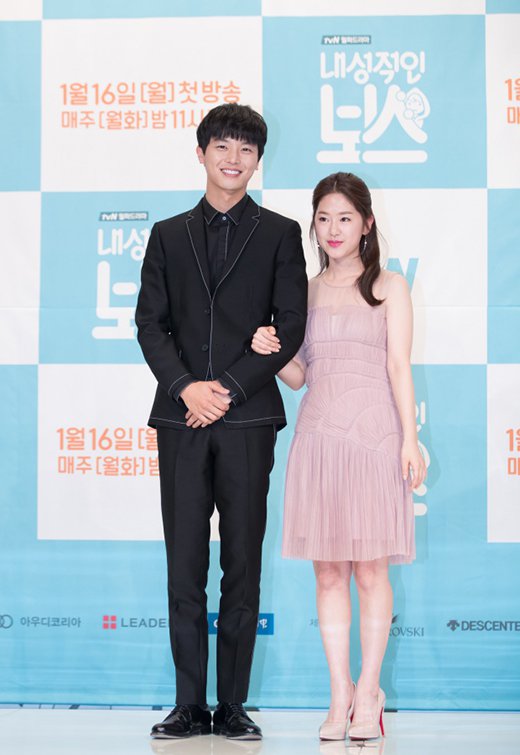 The new tvN drama "Introvert Boss" is a romantic drama about an introvert boss named Eun Hwan-gi and a rookie employee named Chae Ro-woon. It is director Song Hyeo-wook's latest. His previous dramas like "Marriage Over Love", "Oh Hae-Young Again" and others have been successful, so expections for this one are set high.

Director Song said, "I cast Yeon Woo-jin for "Marriage Over Love" and I was happy with my choice as he has clear and innocent eyes. I needed someone who remained nice and kind even if the company has many rumors surrounding him the the boss, who is introspective and does not let himself out of the company". Those who think this isn't a good enough reason, Song adds:

"Comical actions, no talent in singing and a non-existent six pack show Yeon Woo-jin is perfect for the role".

Park Hae-soo's addition to the cast perfects everything. 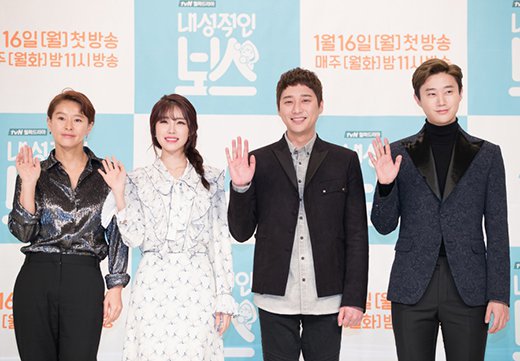 Those who have seen Song's previous drama will recognize some familiar faces. Ye Ji-won and Heo Jung-min has been in "Oh Hae-Young Again" as a career woman with awesome fashion sense and charisma. This time, she's back as working mom Dang Yoo-hee. Ye Ji-won said, "I have a lot of homework from the director".

3. Introvert people gather around the TV

The drama connects with many people as it divides those who are introvert and those who aren't. Jun Hyo-seong calls herself introvert and she takes on the role of Kim Gyo-ri. She said, "I took a look into those who are very timid and I understood why they aren't able to express themselves. Yeon Woo-jin said he is still asking the question, "Am I an introvert or not?" Park Hae-soo said she's working on becoming an extroverted person. 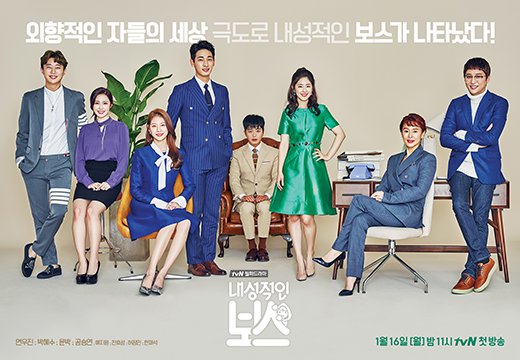 ""Introvert Boss" 3 elements to look out for "
by HanCinema is licensed under a Creative Commons Attribution-Share Alike 3.0 Unported License.
Based on a work from this source