[Interview] Yoon Eun-hye "I cried because of my acting issue"

"I have never thought I was good at acting. I know I got here through luck. I know I'm not everything but won't I improve if I try my best?

Yoon Eun-hye was careful yet feisty at an interview in a café in Seoul, with the movie "My Black Mini Dress" coming soon on the 24th.

She seemed as though if there were no problems with it being published, she would talk honestly about everything for hours. This was evidence that she had been heart-aching because of the tag that followed her around saying she was a singer turned actress. She said she was hurt most my bad comments and articles as bad as they are.

"It is suffocating that a single wrong picture on Twitter or my mini homepage can cause such criticism. The pain internet bullying causes doesn't become insensitive just because I've been in this industry for a long time. It gets even worse".

Yoon Eun-hye, who has been in the entertainment biz for 12 years said, "I have never struggled to live". She continued that she was ashamed she didn't go through the long and hard training other idol singers do and she made her singer debut when she was still lacking talent. 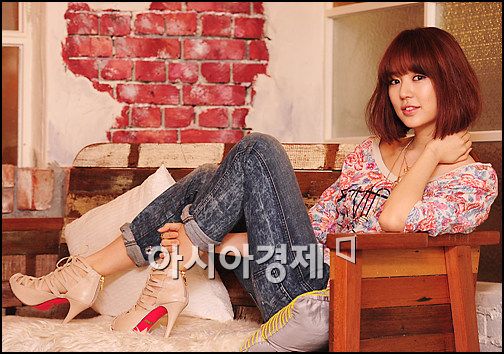 Yoon Eun-hye made her actress debut with the 2006 movie "The Legend of Seven Cutter" and drama "Princess Hours". She had endless issues of 'a singer turned actress' following her. Her pronunciation was another issue. She was acknowledged as an actress worthy of the lead role in drama "Coffee Prince" but the issue of her acting continued to bother her.

"I went through a hard time with the whole pronunciation issue. I cried a lot. I think I was under so much stress that I had a disability. I couldn't finish a sentence even when I was talking to close friends. I wondered, 'Can I continue acting like this?'"

She constantly improves her pronunciation biting on a pen or even a piece of cork. She thinks nothing is impossible if she doesn't try as much as she wants to act. Her will power to step forward to improve her demerits looked strong. 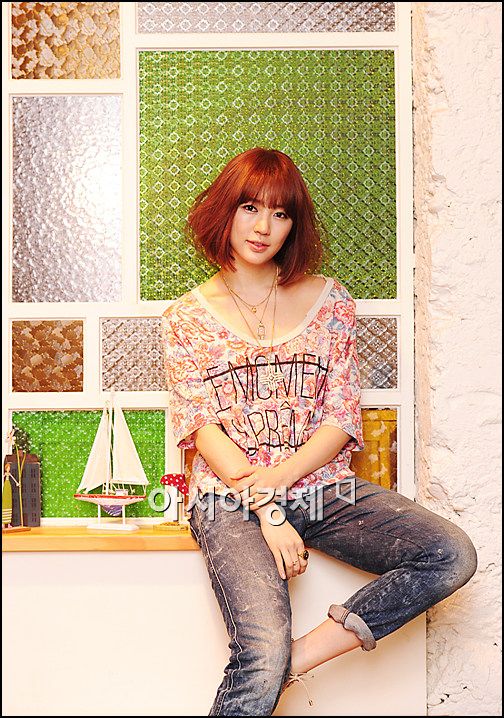 Compared to her greed for acting she doesn't have that many done. This is the first time in 5 years after "The Legend of the Seven Cutter". She said it was a difficult challenge because she didn't want to withhold the criticism that might come according to the movies success.

"You have no idea how much I wanted to do a movie. I was scared. If this movie fails to succeed, should I only do dramas? I wanted to be a flower that rose from unconcern. My will to do better was running ahead but because I couldn't act very well I couldn't challenge myself to do movies".

The movie "My Black Mini Dress" is about the friendship and things that happen to four girls in their mid 20s who just graduated college. Yoon Eun-hye is Yoo-min along with Park Han-byul, Cha Ye-ryun and Yoo In-na. She hopes the audience will empty their hearts and only look at Yoo-min.

"I've had a connection with director Heo In-moo from a couple years ago. He asked to do a project together after "Herb" but it went dead. He showed the scenario for this movie to me first. I wanted to do it because the scenario was fun. Regardless of the success or failure of the movie, I hope the audience will see a normal Yoo-min through Yoon Eun-hye, and that would be the best compliment".

"[Interview] Yoon Eun-hye "I cried because of my acting issue""
by HanCinema is licensed under a Creative Commons Attribution-Share Alike 3.0 Unported License.
Based on a work from this source