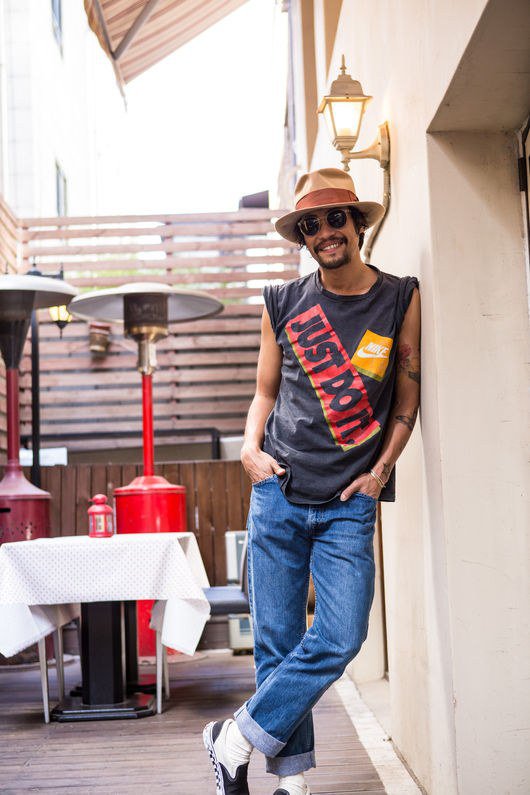 'Freedom' explains only Ryoo Seung-bum in this country. He debuted in the year 2000 and continued to star in "No Manners", "Crying Fist", "Bloody Tie", "The Unjust", "Over my Dead Body", "The Berlin File" and more. He's always been a free soul in movie and he's a known fashion freak.

Q: The movie is being released on the 17th. Have you had a chance to see it yet?

Ryoo Seung-bum: "I watched it yesterday (14th). It's unique. The director's message is in it and I think it's necessary for diversity in the movie industry. The color of the movie, the characters and story are all unique. It's very cool and reckless. There is a hint of comedy in it but a movie won't do with seriousness all the time. It might seem depressing, but it's alive. Although I choose my work coldly, I felt a good vibe here".

- How is the character of Jinu?

"Jinu, as well as the other characters, have a good combination of fakeness and realness".

- How was working with Go Joon-hee?

"It was great. I learned a lot from the movie. She represents 'coolness' and 'simplicity' which made me think, she's a good actress".

- What have you been doing for 3 years? We know you've been in Paris most of the time.

"A lot has happened. I've become a different person. The last 3 years of my life have been as long as the 30 years I've lived. I experienced a lot and got a lot of influence too. My way of thinking has changed and I eat differently now. I've been a vegetarian for 2 years. I lost a lot of weight and I don't drink, either. I don't do that to lose weight. I feel like the 'dirt' has been rid of in my new life".

- Was there a particular reason?

"No particular reason. I just decided to pack up and leave. I sold everything and had two suitcases with me. I guess there were a lot of reasons and I think about it. I wonder if this image of me now is the real me. I feel more free working now and I've been resolving things that I've been meaning to [resolve]. I also don't wear make-up. There's no reason to".

- Have you always admired France?

"Not really. I was curious about their idea of socialism and the way they lived. Many travel to Paris because of what it looks like on the outside, but I went to live there. I am currently in the process of finding a place where I fit culturally and emotionally. I might move to another place soon".

- Is there anything in particular you did in Paris?

"I had time to myself. Only myself".

- If you've been there for 3 years, your French should be outstanding. How did you study?

"I use English. I've never lived abroad before so I studied mostly English. I didn't decide to live in France forever unless I had to work or live in a society. I am comfortable being an outsider, though". 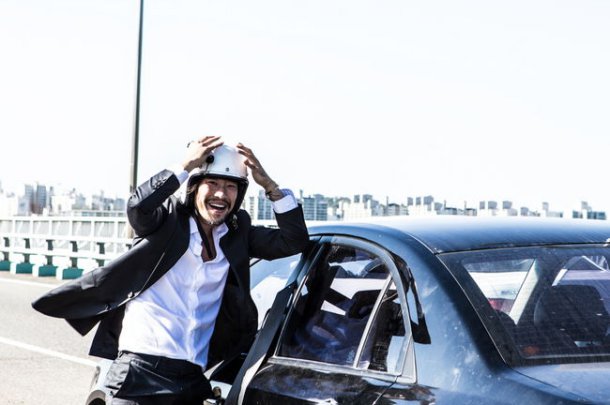 - You haven't been very active lately. Don't you need income to live abroad?

"I don't worry about money. I don't plan on using much. I don't want to make money, but I need it so I can't help it. That doesn't mean I don't have any money. I have enough for myself".

"I live day by day. It's going to be hard if you worry about tomorrow. I have no house in Seoul and I am not a French citizen. I have become an outsider wherever I go. It's only depressing to think about tomorrow so I decided not to worry. That's my way of life".

- Those inner changes might influence the way you choose your work and how you act.

"I do have a different way of choosing work now. It has to be something I'm not ashamed of. A movie is a record in a way. It lasts a long time. The movie remains even if I die. I feel responsible for it. Realizing it made me sincere. I used to use myself up, but now I wonder if I want them to last forever".

- Pictures of you on the streets of Paris in foreign fashion magazines have been the hot topic with your fans. Have you not had the opportunity to work abroad?

"I went there to be an ordinary person. I wanted to live freely. I'm sure there was a chance if there was one, but I want to live quietly. Being famous is quite hard. Living with fame for 365 days a year is not easy. There's a second life for me in Paris. I am grateful for those who recognize me".

- What does your brother, director Ryoo Seung-wan say about that? Did you tell him when you left?

"He was the first to know. He just gave me a book about Zorba, the Greek. I went camping with him when I visited Korea for a while last year. We didn't have much time to ourselves so we decided to go camping. We talked all night and I wanted him to meet the new me. I also wanted to know how he'd been. He's the most comfortable person to be. I still miss him".

- Is he the first person you meet when you come back to Korea?

"He's always busy. I'm more of a loner when I come to Korea. There aren't many people who can spend all that time with me. People in Korea are always busy".

- Are you happy with your life now? Aren't you lonely?

"I'm comfortable. That's happiness maybe. If I was complicated before, now I am stress-free. It's lonely though. I have friends everywhere, but I also don't have friends anywhere. However, I realized I was born lonely and thinking about it that way has made me comfortable. I see other things and being comfortable is bigger than loneliness so I am happy with my life now. I feel awkward in a place with many people. I was so nervous during the production presentation of "Intimate Enemies". I want to less famous now".

"[Interview] Ryoo Seung-bum after wandering for 3 years, "I've become an outsider""
by HanCinema is licensed under a Creative Commons Attribution-Share Alike 3.0 Unported License.
Based on a work from this source