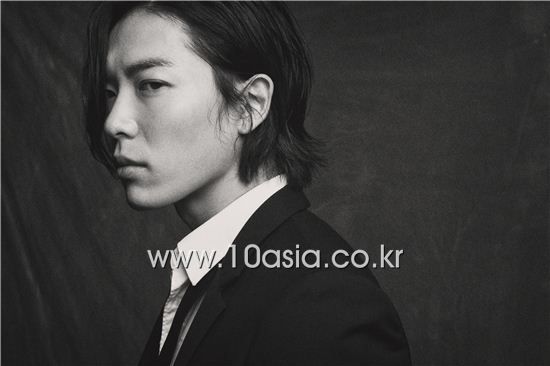 10: I heard that you spoke almost no Korean when you first returned to Korea around the time you entered elementary school. It must've been very stressful not being able to speak your native language at that age.
Kim Jae-wook: Hmm... This is from a very long time ago but my dad and older brother actually spoke Japanese well but not my mom. So me and my mom communicated in a very weird way and instead, I think I knew how to communicate with Koreans who don't speak any Japanese. I learned the Korean alphabet only after I got into school, while everyone else was learning what one plus one is, but kids young early at that age.

10: The strict rules and uniform system of Korean middle and high schools is difficult for even normal Korean students to bear. I heard you tended to ask many questions about irrational regulations regarding clothing or hair when you were in school. I'm curious to know how you beared through those times because such conflict leads to extreme clashes or the student quitting school.
Kim Jae-wook: Once, when I was in middle school, I told my parents that I might not go to high school while we were in the car on our way to eat out. My dad isn't the type that interferes with my life but for the first time that day, I remember him saying, "But still, how about you study humanities in high school?" And being able to join a band when I go to high school played a big part too.

10: You already knew you'd be able to?
Kim Jae-wook: Because my brother was a bassist at a band in Seoul High School. So I was thinking I'd go to Seoul High School too and join that band but I ended up being assigned to Dankook High School.

10: It seems like joining the band was more important to you than going to high school?
Kim Jae-wook: I think that was sort of was the case. (laugh) Luckily, there was a band with tradition at Dankook too so I think I probably stayed in school thanks to getting into that band. I actually wasn't even going to college up till my senior year of high school. I've hurt my mom before from not going to school. I wasn't the trustworthy student. 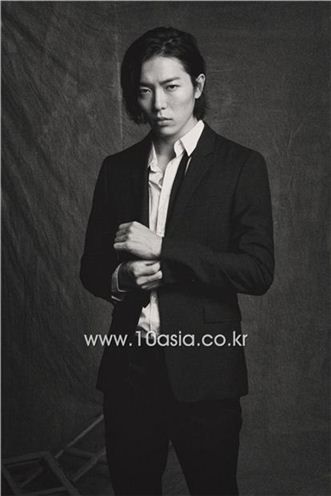 10: Were you under any sort of determination when joining the band? Or have any thoughts on what you'd do if you didn't get in?
Kim Jae-wook: No. I was only thinking that I must get in.

10: How was the audition?
Kim Jae-wook: The auditions took place at a classroom, on top of the teacher's table. Unaccompanied. Students trying out as vocalists all sat in a row at the back and sang in front of the juniors and seniors one by one. I remember being extremely nervous because it was the first time I was singing in front of someone for a certain purpose. I don't think I was that nervous the first time I walked the runway.

10: You started modeling in your junior year of high school too. It's a very common job now but it must've been very rare that a high school student was a model back then.
Kim Jae-wook: That's right. I wasn't even interested in fashion then, all I wanted to do was music, and it started with one or two shots in a magazine. Somehow things got serious but it wasn't as if I had graduated an academy and I hadn't even learned to walk when I went on my first show. I was a mess. (laugh) Now that I think about it, I don't know where I got the nerves to do it.

10: Many people like you who like music, especially rock and are in a band, decide that music is their path and will be their lifetime job. You majored in applied music in college as well.
Kim Jae-wook: I think I was like that up till high school. I'm sure there are lots of people like me but I really blindly idolized Kurt Cobain. It was to the extent that I thought I want to die like him when I'm 27 after releasing just three or four albums. There was even a time when I had an inferiority complex about my family being so happy. I was an immature high school kid who used to try to rationalize by thinking, 'You need to live that kind of life to make that sort of music and release that sort of energy. That's the only thing I lack in'. (laugh)

10: But it seems like you've been making choices which show you're not swayed too much by what people say and just do what you think is important instead of what people say you're good at. Have you ever thought , 'I made the choice but quite tiring and difficult living like this'?
Kim Jae-wook: I haven't. I'd be lying if I said I've never thought that but if I hadn't [done what I've done], I think I would've had a much harder time. I think I would have been agonized everyday if I had made the wrong choice just because I didn't want to stand out and go with the flow of the times or submit to someone's pressure. And I don't want to live like that. 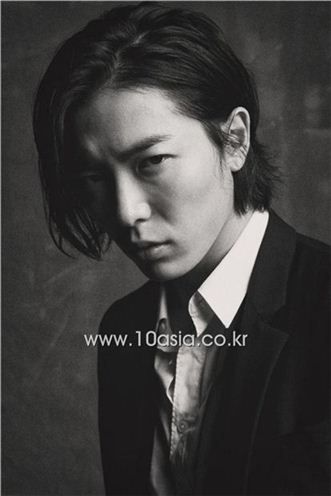 10: The entertainment industry is a place where you start building up on your career the moment your face gets known. But it seems like the way you have worked till now is to push out popularity or practical things as much as possible. Even with the image you gained from "Coffee Prince" or "Antique", people usually try to utilize that and make the most of it, not lay it aside. So it seems as if at one point, you might leave behind everything that you've achieved so far with no regrets, and disappear. What are the thoughts you have behind all that? I won't die even if I don't do this? I can become more happy doing something else?
Kim Jae-wook: I think it's actually the opposite. If I think about whether there is something I could concentrate on as hard as I do on what I do right now, there isn't. I once taught aspiring models for about a year. I'm not the type that is good at teaching people so I just told them about my experiences and once said, "Put aside money or reputation, I want to be someone who can quit my job when I can think, 'There's nothing more to suck out of me'." Then one student lashed out at me saying, "Do you think that's realistically possible? Why are you trying to be so cool like that?" In a way, I think it's only natural that the student responded like that. But I do hope to be the principal agent of my life. I think that's the last string that I will keep hanging onto. I think I'd become a component the moment I let go of it.

10: But I think if you're in a system which tries so hard to turn people into components, it's hard in itself just trying not to become one. And people age.
Kim Jae-wook: Yes, as people age, they want more stability and there are things they have to protect. But there are too many things I haven't been able to do with the energy that I have right now. It's too early for me to say I can find another form of energy from that. As of now, I'm not sure whether when I'm in my thirties, that I will proudly be able to say 'I was like this in my twenties' or feel embarrassed about having been so immature.

10: But with music, especially if you're comparing yourself with someone like Kurt Cobain, I think it's a genre where you can see the limit of your talent very clearly. Have you ever thought of that?
Kim Jae-wook: I've felt it from a long time ago. I think it's an excuse to say I haven't been able to concentrate my energy on one field, that's just the lmit to what I can do but I cling onto it. And because that's when I feel the most alive. But I don't think I would've said all of this if I was younger. I had been living such a risky and competitive life till now that the moment I admitted to it, I might have become crushed. Now, I think I've become more at ease compared to then. And I both like it and dislike it. It makes me think whether I'm just becoming like everyone else, that I'm losing my uniqueness.

"[INTERVIEW] Model and actor Kim Jae-wook - Part 2"
by HanCinema is licensed under a Creative Commons Attribution-Share Alike 3.0 Unported License.
Based on a work from this source