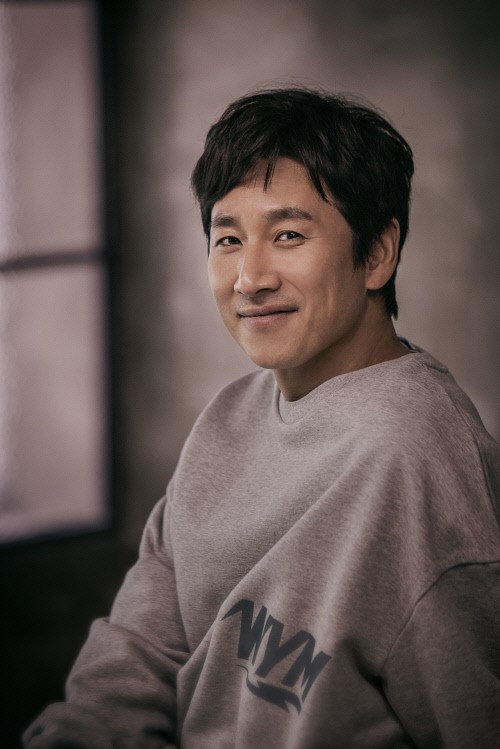 There are not many actors who look as good with creases in their foreheads as Lee Sun-kyun. Maybe it was his aura as a chef from the MBC drama "Pasta", but Lee Sun-kyun's temper is more powerful than anyone else's. The wavelength is especially bigger when Lee Sun-kyun's anger is applied in "Jo Pil-ho: The Dawning Rage", a film pointing out the current foul activities taking place in society.

One of Lee's advantages is that he maximizes his compassion when he has a character like a neighbor who can identify with his contemporaries, rather than being a star who boasts only his brilliant appearance in the sky.

This spring, Lee plays Jo Pil-ho, a bad cop, in the film "Jo Pil-ho: The Dawning Rage". "Jo Pil-ho: The Dawning Rage" is the latest by "The Man From Nowhere" director Lee Jeong-beom. It tells the story of a vicious cop who takes money behind his back, closes his eyes to corruption, and is accused of being a suspect in an explosion. He then gets involved in a conspiracy perpetuated by a giant company. Director Lee Jeong-beom specializes in action, but it is a controversial piece that deals with the Sewol ferry disaster as the main subject. The movie started preparing a long time before the current government was in office and casting wasn't easy. Lee Sun-kyun, an alumnus of the Korean National University of Arts, was willing to join the hands of director Lee Jeong-beom to complete the project

- You've been in many various works, but they all show a common factor. What is your standard in choosing your work?

▲ I don't have a standard. It's not like it's going to be run that way just because I choose it. I wonder which one will be better for me and I think about how I am going to bring it out. I'm sure my concerns have influenced past works as well. 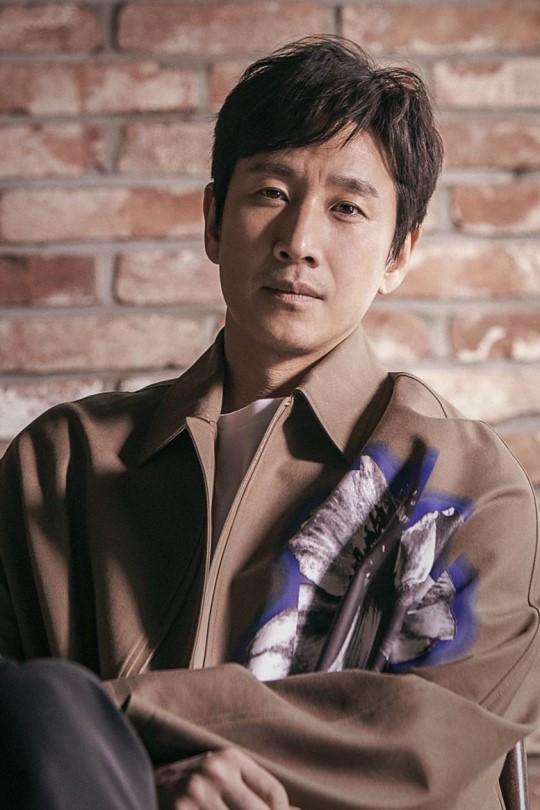 ▲ There were times when I felt really bad for my opposite partner. Being hit is tough, but hitting is tough too. I made promises to do it a certain way and I tried to get it done in a single take. The scene was made after thorough discussion with the director. It's Jo Pil-ho hitting a child, not a grown-up hitting her.

- The film revolves around the Sewol Ferry incident. There are a few elements which the public doesn't accept as public culture. Were there any conflicts when you chose the movie?

▲ I think the director and the investors had to be more courageous than me. It was a different government when they started planning the movie. I'm sure director Lee Jeong-beom had the hardest job. To me, the script had plenty of virtue, but I did worry about how the subject of the Sewol Ferry incident would look in a criminal movie. We talked a lot about the scenario and dramatizing it. It was a sensitive matter and many people asked why that was even being made into a movie. The movie required guts and courage. The release date was postponed for two years and much censorship followed. Besides the relationship between the director and me, I knew what he wanted and I knew the virtue of the movie so I did my best. I felt very responsible. 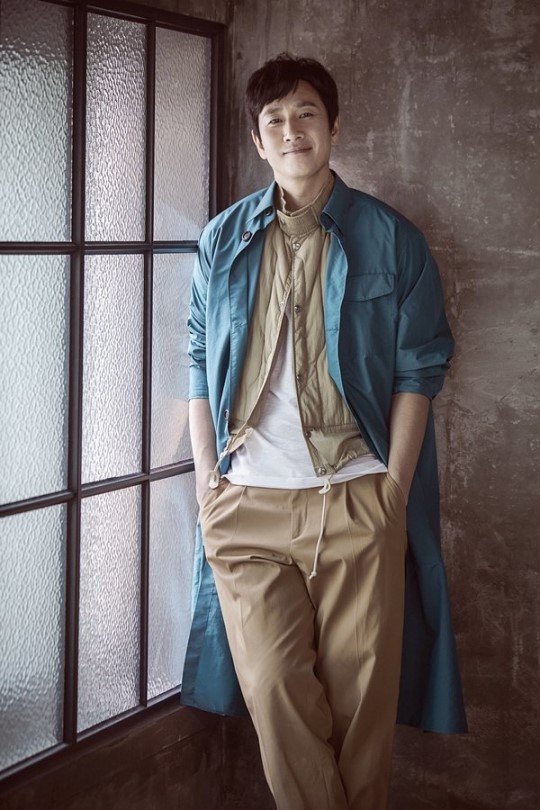 - Jung Ga-ram recently interviewed that he was thankful to you during the making of "Jo Pil-ho: The Dawning Rage ".

▲ I feel very bad for him. He was done after the first half of the movie. He wasn't used to the set, but he was beat up and cursed out at by Jo Pil-ho. I did many takes, about 10 with him.

- Jo Pil-ho is evil, but gets used to to Min-ah. Was there any difficulty in this?

▲ I wondered why this jerk Jo Pil-ho risked his life for Min-ah. It was up to me to make it happen. It was most important that I delivered that well. I don't know how much the public will relate, but it was the part that I most worried about.

- Jo Pil-ho has no decent day in the movie and he's always so alert. It also seems like a modern symbol that everyone is always being chased by something.

▲ The director asked for that. He wanted my character to look on edge and like an asshole. I tried not to look like a cop on the outside. I concentrated on his situation so hard so maybe that's why I look like that. When I play a character, I make it a habit of putting in the personality of the character into appearance.

- Lee Jeong-beom said he wanted to 'peel Lee Sun-kyun down and show everything'.

▲ He's been a good friend since we were in school. We worked on our graduating project together in 2002. I was just beginning to appear on TV and didn't know anything because I was new to society. I was so happy when we made a short film for a week. I realized 'this is what a movie is'. I realized how satisfying it was to make a movie. Then we promised to work together forever. It's been 15 years since then and finally we are working together. 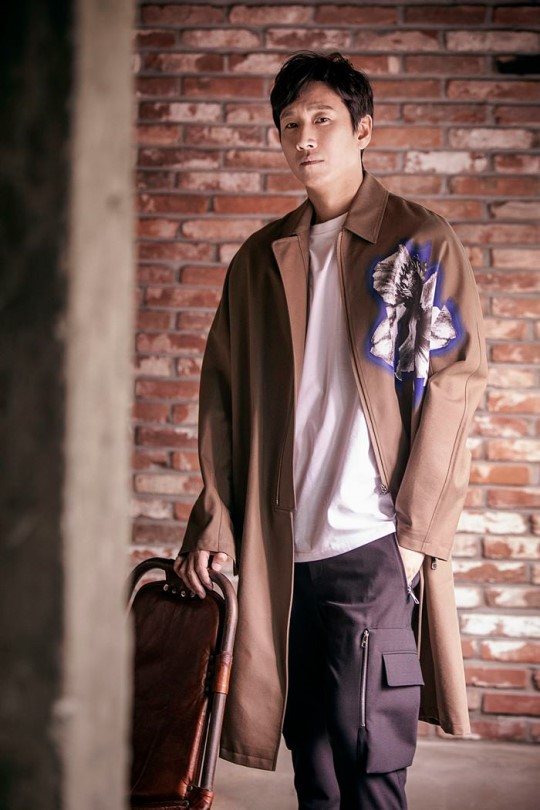 - It sounds interesting to see you fight Park Hae-joon in the role of Kwon Tae-joo, the chaebol chairman's right hand man.

▲ If our movie came out last year, fans of "My Mister" would have been confused. Park Hae-joon is an amazing actor. He's a great friend, too. But his character is completely different from his real character. He's too shy. He's a junior from the Korean National University of Arts, but we weren't close. We went to the military at different times so we never got to meet. Most of the juniors are comfortable with me but Hae-joon is the only one that calls me 'senior'. I worked with him on "Hwacha" and he was really crazy. He's also good looking enough to be called 'the Korean National University of Arts Jang Dong-gun'. I hope this is a good year for him and I look forward to working with director Kim Won-suk too.

- What is the ultimate reason Jo Pil-ho decides to go from self-profiting to not?

▲ I guess it embarrassed him when Min-ah said, "You call yourselves grown-ups?" Pil-ho is the kind of person who has intercourse with his girlfriend in a motel even before the Sewol Ferry incident is tidied up. He's always after his own profits until Min-ah's case and I'm sure he was embarrassed. He could have just been bribed by the chaebol and pretend nothing happened but facing someone's death in person might be what changed him.

- In the movie, money is Pil-ho best value. What is yours?

▲ I don't apply meaning to dreams or value. I just want to live a life I won't regret with my kids.

- Good or bad, your roles don't have a sense of difference. It's very rare, what you have.

▲ Usually a screenplay projects the image of the director who wrote it. I think I get it when I speak to the directors. Director Kim Sung-hoon used to say, "Ko Gun-soo is a bad character but I don't think he'll look as bad if you play him". He also said I was good at being framed or being chased by someone. I did do a lot of roles like that. Others never fail to look cool but I concentrate on my situation too hard. I am also bad at looking cool.

▲ Jeon So-nee was charming from the beginning. She made me curious. She's very calm when she speaks. She didn't belong anywhere then and the director cast her after watching something small she starred in. Regardless of intelligence, she's very good at conveying her thoughts and opinions. She doesn't get nervous and doesn't get intimidated., She has a good face and her eyes are like gems.

- You are starring in "The King Maker" next with Sel Kyung-ku and director Byun Sung-Hyun.

▲ Director Byun Sung-Hyun is really cool and it's an honor to be working with Seol Kyung-ku. It was also an honor to meet Song Kang-ho in "Parasite". I dreamed of being an actor watching them so it's unbelievable. My biggest goal is not to get criticized by the fans of "The Merciless".

- How well do you expect this movie to do?

▲ The lead actor is responsible for the success of a movie and I always expect a movie to do well but that's not up to me. I just do my best all the time. I can proudly say that for sure. I'm a lucky actor because I am getting more than I deserve. I wish I can be an actor who is worth the responsibility given to me. I didn't get here alone. I got here thanks to good people around me who have given me good influence. I hope to be a responsible actor who is worth it all.