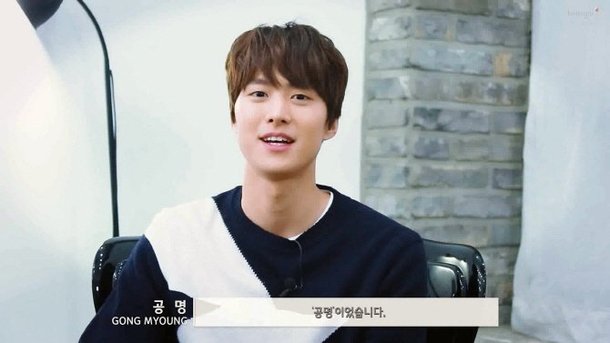 In the interview, Gong Myung talks about his works throughout 2017, his first exclusive fan meeting, his pictures from the year's travels, and even the essential things in his bag. He picked Byeok-soo as his most synchronized character from "The Happy Loner" and claims "Bride of the Water God 2017" was the most challenging drama. He realized his fear of heights disappeared thanks to "Bride of the Water God 2017" and he wants to try extreme sports.

Je-hoon from "Revolutionary Love" was controlled and suppressed unlike him, which was frustrating, but Gong Myung learned to take a page from his book. Gong Myung also felt what it was like to be an office worker through Je-hoon. Being an actor means living in someone else's shoes momentarily, so although he can't say he fully understands the character's distress, but he caught a glimpse of the stress suffered.

The kiss scene with Shin Jae-ha in "Futureless Things" was the most impressive scene of his year and he says it was the most intense and nerve-wrecking scene he's ever done.

In 2017, he went on a trip to the States with his friend. He chooses England as his most wanted place to visit and because he wants to watch a football game. He also revealed a pencil case that he got from his parents as a gift when he was in high school and a scent he received from Surprise member Lee Tae-hwan.

Concluding the 30-minute long interview, Gong Myung said, "2017 was a time for me to learn and experience a lot of things and I've been grateful because so many people have shown me love. I still call myself a rookie and I hope to do better in 2018".