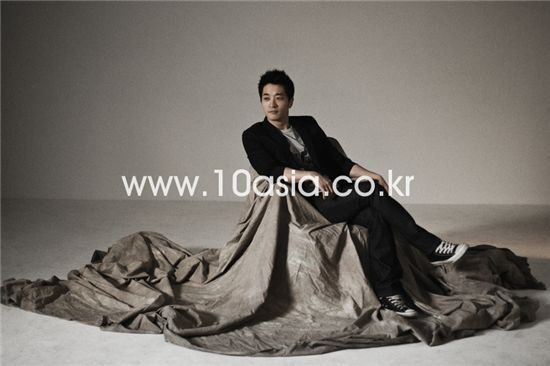 There was a time when Alex was nicknamed the 'romantic guy'. He still is. But after he stopped appearing on hit MBC reality show "We Got Married", he did much more.

His music group Clazziquai released several more albums, he published a book titled "Spoon" containing stories about his life and cooking and shot his second drama "Pasta" which ended its run in early March.

He did not change himself radically everytime but rather showed himself in bits and pieces over an extended period of time. This interview too reveals only part of who he is. Here is the Alex as he explains himself, not the guy in a variety show or as a character in a drama.

10: "Pasta" has ended its run. How do you feel?
Alex: When I started shooting "Pasta", the producer had told me not to worry and do whatever I wanted because it wouldn't be my fault even if the drama flopped. Honestly, I wouldn't have been able to say something like that so easily but it gave me courage and I think that's why I was able to

10: I heard the production schedule for "Pasta" was very tight. Wasn't it difficult trying to adapt to shooting mini-series?
Alex: It almost felt like we were going live from the 10th episode onward. That's why I started wondering whether it's like this with all mini-series and I was telling myself that this doesn't make sense. (laugh) But I saw that what I shot until Tuesday afternoon would actually go on air that very day in the evening. And I'm not a good actor but the scenes looked fine too. (laugh) Of course it would be good to shoot everything in advance but I realized that with dramas, you need to figure out what the viewers like too.

10: I'm guessing your first experience with dramas has been good.
Alex: It was really really good. Just three days ago, I got together with the producer, scenarist, Lee Sun-kyun, Gong Hyo-jin and Lee Sung-min for drinks. Lee Sun-kyun and Gong Hyo-jin said it's usually difficult to keep in touch with the crew and cast after a drama is over because with everything moving so fast, it's hard to take everyone's opinion into account and some people end up getting on bad terms with each other if things go wrong. I also saw how the producer, Lee Sun-kyun and Gong Hyo-jin were always thinking very hard about how to shoot their scenes. I thought that was how it was supposed to be but I was told it isn't always the case. So based on that, I think I'm a lucky person. I was lucky in getting to join the cast of a good drama and adjusted to it by working with good people. 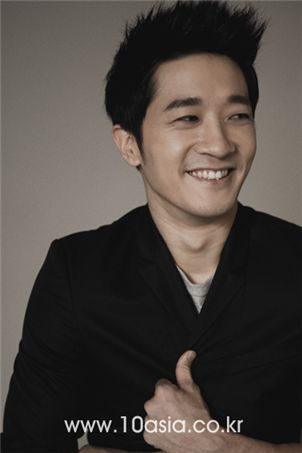 10: I saw that you wrote "Goodbye Kim San" to yourself on your me2day [Korean version of Twitter] account. How does it feel having to let go of your first drama role?
Alex: I was watching "Pasta" from home one day when I saw Hyun-wook (Lee Sun-kyun's character) and Yu-kyung (Gong Hyo-jin's character) on a date. And I found myself thinking, 'So that's what they do when I'm not there?' That's when I realized I had started liking Yu-kyung and that this is what it feels like to live the life of a character that had been created by someone's words. After that, when there was just a few weeks of "Pasta" left, my acting teacher asked me if I'm not going to miss being Kim San, that I only have three weeks left being him. I had lived 32 years as Choo Heon-gon, seven years as Alex and then Kim San but I had only three weeks left to be him. I couldn't sleep after starting to think that. I had a hard time in particular when I had to act the scene where I have to give up on Yu-kyung. My feelings for her had grown over time but the script was forcing me to stop. So I kept making bloopers that day. Gong Hyo-jin told me it's very natural for such a thing to happen.

10: You must have had a lot of concerns too since this was your first time acting.
Alex: I'm not the type that can't confess his feelings to a woman for three years. It would be a different story if it was three days. (laugh) That's why I was in a dilemma. I didn't know why he would keep giving Yu-kyung photographs of cacti when he's not even Lupin. (laugh) And why he would start [expressing himself] now. I didn't know whether he had merely been curious about her, rather than actually felt anything for her, and then felt a rivalry when Hyun-wook appeared, or if he really had liked her for the whole three years. He also became very timid after his feelings for Yu-kyung were revealed. But I started understanding how he felt when I myself started liking Yu-kyung.

10: In the process of thinking about your character in such a way, I think you came to add on your own interpretation of him too. Kim San seemed like someone you can't quite figure out rather than being a softie.
Alex: It's what I thought from the beginning. That Kim San probably isn't incompetent since he would actually think of managing his own restaurant. And he's thorough when it comes to numbers. So I wondered why he had left Seol in charge of the restaurant in the beginning. I thought it may be because he is competent yet doesn't like to be tied down. That's why I also thought he would a bit different from Hyun-wook when the two talk to each other, maybe be more at ease. It would be impossible for both of them to win when they're fighting, so if Hyun-wook is someone who will always push forth his opinions, then I believed Kim San should either win or lose. But I saw Kim San as someone who loses more and more to Hyun-wook. Someone who will try to resolve issues smoothly rather than scream at the top of his lungs, especially more so since there is Yu-kyung in between them.

"[INTERVIEW] Clazziquai's Alex - Part 1"
by HanCinema is licensed under a Creative Commons Attribution-Share Alike 3.0 Unported License.
Based on a work from this source