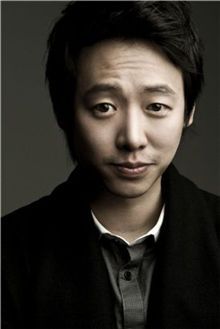 My name is Kim Dong-wook.
I was born on July 29, 1983.
I like actor Johnny Depp especially in "Donnie Brasco" where he played an FBI agent who goes undercover and joins the mafia. I am greedy in the sense that I want to play masculine roles like that.
There was a period in my life where I felt uneasy if I didn't listen to music even for a minute. Wherever I went, wherever I was and even when I'm sleeping, I had to listen to music to calm myself mentally. I remember breaking my speakers when I connected them to my CD player and tried to play them in the shower. I still love music but not as much as I did back then.
The movie "Take Off" has allowed me to broaden on the scope of roles I would be able to take on in the future. My role in MBC hit series "Coffee Prince" gave me a chance to make my name known. My role as Ha-lim in the drama was lively and cute whereas the Hung-chul from "Take Off" was lively too but also more of a macho and rough-mannered. I think it was an opportunity to show more various sides to me since he was an unrefined character.
I've spent up to three days without any sleep because of work. I think I got the least amount of sleep while in filming for movie "Apartment" and Mnet’s dance drama "Break". I felt like a walking corpse.
Between movies, dramas and musicals, working on a musical is the most tiring physically. For musicals, you have to finish them once you are on stage, no matter what. That is what's appealing yet tough about musicals. On the other hand, it is interesting to see how movies are able to deliver the vibe you get from each character in such detail and in dramas, it is fun to see how the characters change as the script is developed.
I didn't try out for musicals purely from my love for music. I actually had a greater desire to stand on stage. I wanted to be in a play more but I was given a chance to be in a musical, so I took that chance. My first musical was "On Air Season 2" which was produced by my colleagues at Korea National University of Arts and I decided to work with them after seeing a previous musical score by them. I now have a greater urge to stand on stage and sing.
My fellow barista Kim Jae-wook from "Coffee Prince" and I have become close since shooting the drama and we still keep in touch with each other. I know it's a good thing but it's been a while since we last saw each other due to our busy schedules.
I don't believe in things such as extraterrestrial life. Other people who believe in them have their reasons or evidence but I don't believe in things that I think are a bit absurd. And I am Catholic but it's not because of that either.

"[INTERVIEW] Actor Kim Dong-wook"
by HanCinema is licensed under a Creative Commons Attribution-Share Alike 3.0 Unported License.
Based on a work from this source