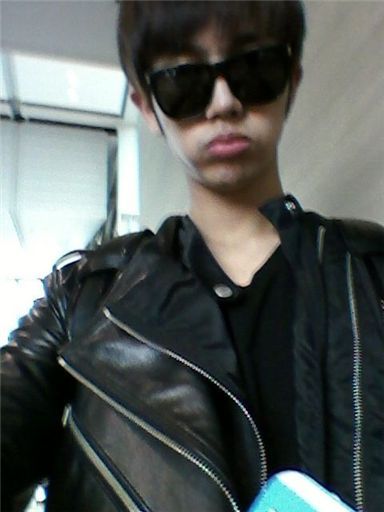 Korean boy band 2AM member Im Seulong has revealed a picture of himself heading off to the airport on his Twitter account.

On Friday, the 23-year-old singer posted a photograph of himself sporting a black leather jacket, black t-shirt and black sunglasses, with a comment saying, "Going to Japan!"

Fans who have seen the photograph have left responses saying, "You look so cool! Just like a gangster", "Ooh Japan? Hope you have fun" and "Have a safe flight".

Outside his singing career, the statuesque vocalist has appeared on the small screen in MBC's hit series "Personal Taste" alongside Korean actors Lee Min-ho and Son Ye-jin and is one of the hosts for the reality TV show "We Got Married".

He is one of the numerous Korean celebrities who update their fans through the social networking site Twitter. The official Im Seulong Twitter site is (http://twitter.com/2AMONG).

"Im Seulong leaves for Japan today"
by HanCinema is licensed under a Creative Commons Attribution-Share Alike 3.0 Unported License.
Based on a work from this source