Hwang Jung-min, So Ji-sub and Song Joong-ki to star in "Battleship" 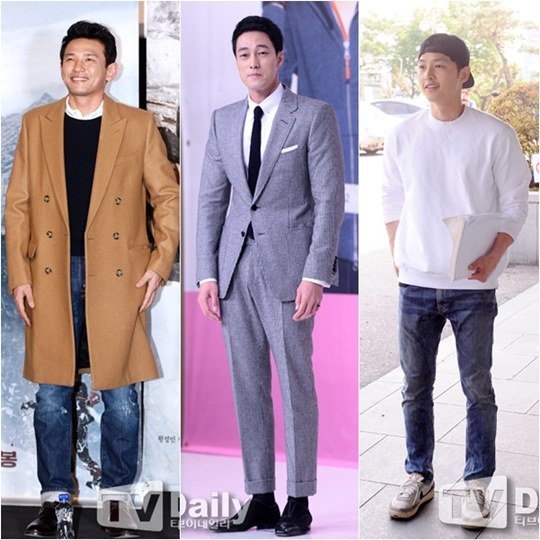 Actors Hwang Jung-min, So Ji-sub and Song Joong-ki are starring in the movie "The Battleship Island".

"The Battleship Island" is directed by Ryoo Seung-wan who thought of the idea of using the hidden history of the Joseon people in this movie.

Actor Hwang Jung-min who holds a record of 35 million audiences with the movies "Ode to My Father" (14,261,582), "Veteran" (12,414,009) and "The Himalayas" (7,243,039) takes on the role of Lee Kang-ok who is tricked into being taken to The Battleship Island. He believes he is being taken to Japan to protect his daughter but in the end he becomes the daring father who will do anything to survive and protect his child.

So Ji-sub who made a short appearance in the movie "The Throne" and recently starred in the drama "Oh My Venus", takes on the role of Choi Chil-seong, the best fighter in Kyeongseong. He causes trouble every now and then in The Battleship Island because of his hot temper but he is sincere on the inside.

Hwang Jung-min is working with director Ryoo Seung-wan for the third time now. So Ji-sub and Song Joong-ki are only just beginning. "The Battleship Island" will feature the top actors of the Korean movie industry and is set to release in 2017.

"Hwang Jung-min, So Ji-sub and Song Joong-ki to star in "Battleship""
by HanCinema is licensed under a Creative Commons Attribution-Share Alike 3.0 Unported License.
Based on a work from this source