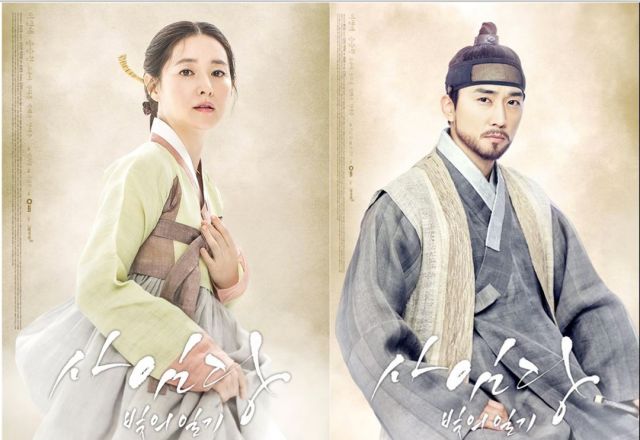 Hotly anticipated but much delayed, SBS's "Saimdang: Light's Diary" will finally begin its 30 episode run on January 26, 2017. The drama will replace "The Legend of the Blue Sea" on the coveted Wednesday-Thursday time slot, nixing any chances of an extension.

Expectations have been running high since "Saimdang: Light's Diary" was first announced in early 2015, as the comeback drama for actress, Lee Young-ae. Lee Young-ae hasn't appeared in a drama since she first rose to prominence in 2003 as the lead of the internationally beloved drama, "Dae Jang Geum". In "Saimdang: Light's Diary", Lee Young-ae takes on a double role as the present-day art historian who uncovers the secret history of Joseon-era poet and artist, Saimdang, and as Saimdang herself. Song Seung-heon co-stars as the Joseon-era man who falls for her.

It's been a long wait for fans, as "Saimdang: Light's Diary" was originally slated to air in October 2016, as a simulcast with China and South Korea. Problems with scheduling and the fallout of soured diplomatic relations between South Korea and China were likely to blame for the delay. I'm excited to see Lee Young-ae back on the small screen again, so here's hoping the producers put the extra time to good use.