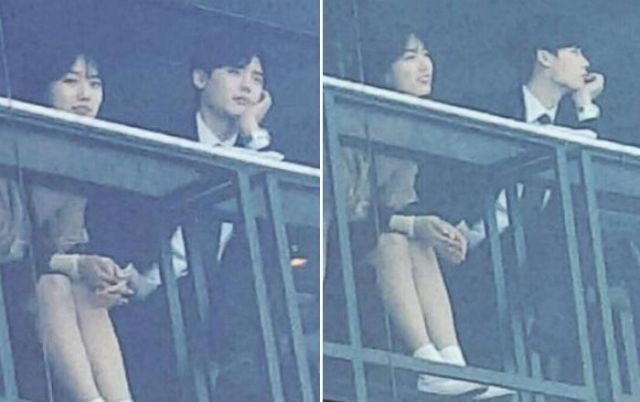 Thanks to the power of sharp-eyed fans and social media, eager viewers got their first glimpse of "While You Were Sleeping - 2017".

Fans recently spotted Lee Jong-suk and Suzy hard at work on their upcoming drama in Ansan, Gyeonggi province. Fan postings on social media revealed Lee Jong-suk and Suzy filming in the window of a café in Ansan, and later in a law office in the same city. Given that the photos reveal little about the show, fan speculation was limited to the leads' hair: Suzy's hair is shorter than usual, while Lee Jong-suk has a different part. In one photo, Suzy can be seen fixing Lee Jong-suk's hair. 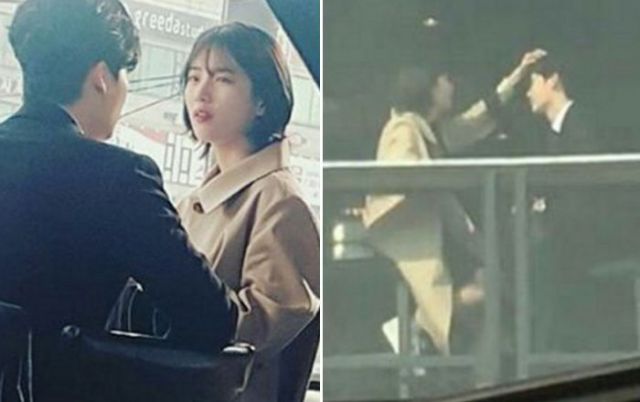 "While You Were Sleeping - 2017" is set to be entirely pre-produced, so there's a good chance of another fan sighting before it airs. The drama stars Suzy as a woman who can see the future, and Lee Jong-suk as a prosecutor who aims to prevent her visions from coming to pass. The premise sounds like it falls somewhere in between suspense and melodrama, but the writer is Park Hye-ryeon, who has a good track record of bringing a light touch to grim material. 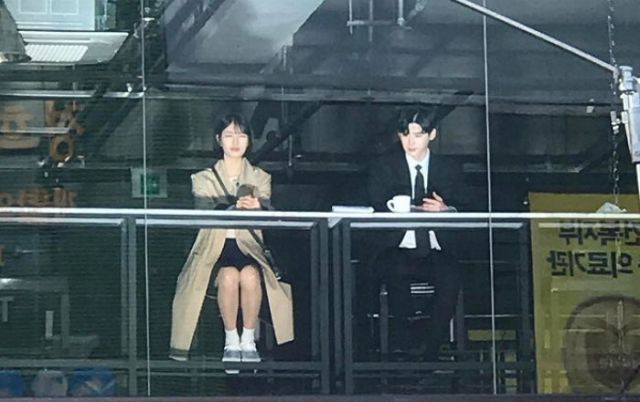 Park Hye-ryeon also has a good track record with both of her leads; she was the writer of Lee Jong-suk's hits, "I Hear Your Voice" and "Pinocchio", as well as Suzy's debut drama, "Dream High". It's hard to tell from these photos, but here's hoping "While You Were Sleeping - 2017" is as great as her previous dramas.