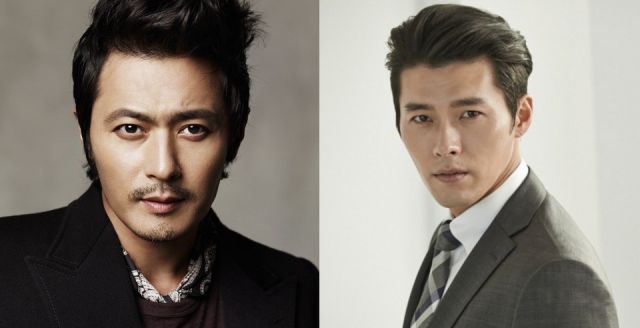 Offers are out to Jang Dong-gun and Hyun Bin to star in the ambitious science fiction drama "City of Stars", slated to be released late next year.

"City of Stars" is still in talks with both actors, but is currently scheduled to start filming in January, for release in the second half of 2017. I'm happy to hear that the drama will be entirely pre-produced, because it would have been difficult to imagine such an ambitious show done on a live shoot schedule. The story is set in a future where Earth is running low on resources, and follows two aspiring astronauts on their way to space to find some more.

I don't think I've seen a Kdrama where the fate of the world hangs in the balance, so I think we can assume that we'll be dealing with problems on an epic scale. If "City of Stars" lives up to its ambitions, it could be a great comeback for both Hyun Bin, who could use a hit after 2015 flop, "Hyde, Jekyll and I" and Jang Dong-gun, who hasn't been in a drama since 2012.

Writer/director/actor Jang Jin is already attached to direct what is shaping up to be the blockbuster drama of 2017, but we'll have to wait and see if either actor signs on officially.