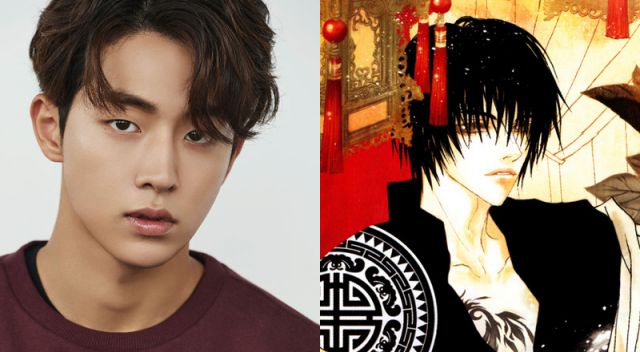 The upcoming drama adaptation of popular web comic, "Bride of the Water God 2017" is already generating buzz with the news that Nam Joo-hyuk has been offered the lead role of Ha-baek, the titular water god.

It looks like cable network tvN's run of great dramas is set to continue into 2017, with "Bride of the Water God" coming up on the horizon. "Bride of the Water God" tells the story of So-ah, a young woman sent as a sacrifice to the water god for the wellbeing of her village, and instead ends up gaining a whole new life with him. Where the original web comic depicts a fantastical period setting, the drama will move the story to the present day.

I was already looking forward to this drama, with the news that writer Jeong Yoon-jeong and director Kim Byeong-soo had signed on. Between the two of them they've had a hand in three of my favourite dramas; Jeong Yoon-jeong is the writer of "Incomplete Life" and "Arang and the Magistrate", while Kim Byeong-soo directed "Queen In-hyun's Man". If anyone could handle bringing a fantastical web comic to the tv screen, it would be these two.

If he signs on, Nam Joo-hyuk would be joining the production fresh off his first lead role in MBC's "Weightlifting Fairy Kim Bok-joo". Sadly, there's no word yet on whether he'll accept or who the other leads will be. I've got my fingers crossed that this drama will turn out as great as it sounds.