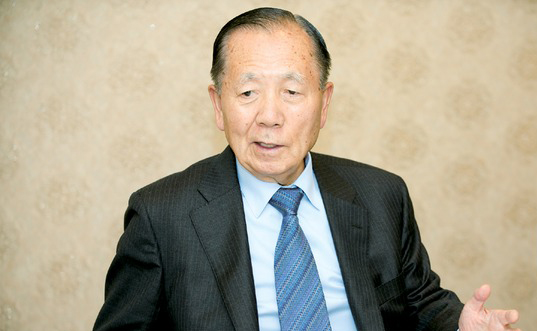 Founding director of BIFF, Kim retired last year to the position of honorary festival director after 15 years. He had previously spoken of wanting to direct a short film and also a documentary concerning world cinema after his retirement.

Acclaimed Korean-Chinese director Zhang Lu, whose credits include , and , is writing the script for the film. Zhang's own short film directorial debut "11" was previously in the Venice film festival shorts competition.

Kim's short is to deal with the conflict and humor that occurs during film festival jury deliberations.

The script is nearly finished and production will be finished in time to open the 10th AISFF. The 9th AISFF recently wrapped this year after running Nov. 2 – 7.

As a respected figure with wide-ranging connections in the Korean film industry, AISFF expects Kim will draw high profile names to act in the film. AISFF Festival Director and veteran actor Ahn Sung-ki is a possibility along with younger generation stars.

Since his retirement as BIFF co-festival director with Lee Yong-kwan last year, Kim has continued to travel the international film festival circuit to sit on juries and to introduce current solo festival director Lee around.

Kim is also a professor at Dankook University where he has been setting up a new graduate school specializing in cinema content. He is due to announce the establishment of the school and its particulars tomorrow at a press conference in Seoul.

"Honorary Busan fest chief Kim Dong-ho to make directorial debut"
by HanCinema is licensed under a Creative Commons Attribution-Share Alike 3.0 Unported License.
Based on a work from this source