Thanks in part to its appearance at the Cannes International Film Festival "The Gangster, The Cop, The Devil" has already been sold to 104 countries ahead of its South Korean premiere. The film's distribution company, AceMakerMovieWorks has said that a three minute promotional video was enough to get a top dollar sale from Taiwan. Other international markets and airplane companies soon followed.

The success story follows a fairly weak 2018 year for international sales. This is after 2016, where "The Handmaiden" was sold to 175 countries prior to its release, "Snowpiercer" made it to 167 countries, and "Train to Busan" was sold to 156 countries. 2017 had some similar success with "The Villainess", which was sold to 136 countries. 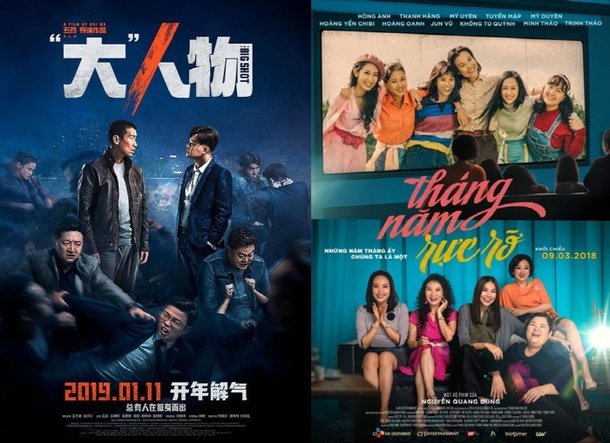 In addition to streaming rights there has also been more buzz about the rights for remakes. "JSA - Joint Security Area", "The Man From Nowhere", and "The Villainess" are all under development for possible adaptations in Hollywood, although it is unknown how good their prospects really are against development hell.

Concrete success has already been had in remakes in other markets. A Chinese remake of "Veteran" scored over fifty million dollars at the local box office in that country. Vietnamese remakes of "Miss Granny" and "Sunny - 2010" also did well in those markets.

Such projects are not unilateral either. Possible American remakes of "The Gangster, The Cop, The Devil" and "Extreme Job" are currently being planned in explicit cooperation with the original Korean production companies in order to find guidance.

A manager for CJ Entertainment has said that international business has increased substantially over the past five years, with many foreign companies convinced that popular films in the South Korean market can have their success recreated in other territories. The variety of pitches and countries in particular was said to be a major surprise. There are hopes that this inpouring of interest will have a positive impact on South Korea's internal creative market.