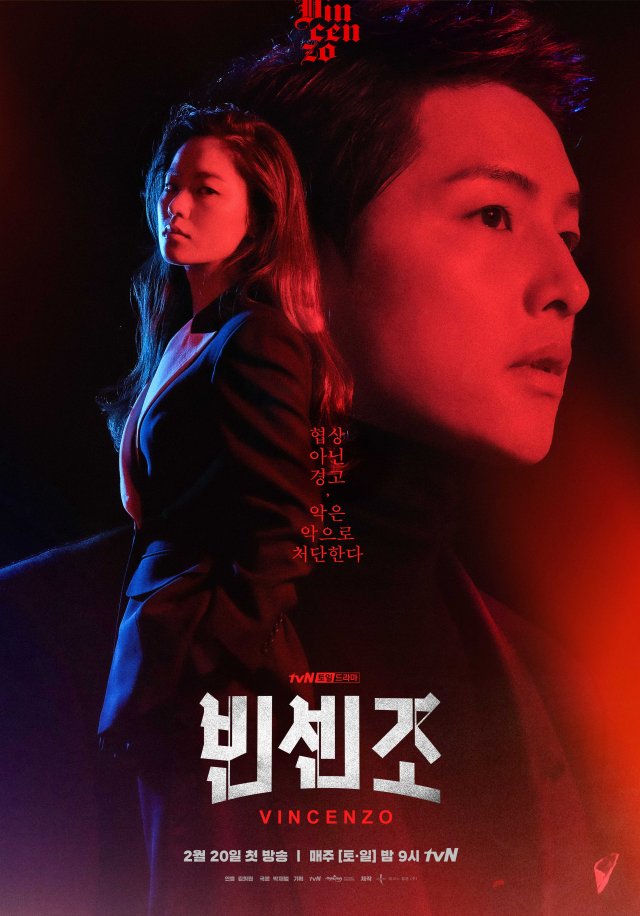 "Vincenzo" completed its run with a fourth straight top placement on the Good Data Report. The finale of the screwball legal comedy about an Italian mafia lawyer attempting to recover buried riches saw nearly double the references to social media references it had the previous week. The three leads, Song Joong-ki, Jeon Yeo-bin, and Ok Taecyeon, also all featured in the top ten for performers, as did Kwak Dong-yeon, a supporting cast member with an unexpectedly important role in the climax.

"Taxi Driver" took second place, and much like "Vincenzo" in the wake of the completion of "The Penthouse 2" now seems poised to take the top spot in the report with the withdrawal of its competitor. Comments about the dramas have described it positively as being a lot of fun. There has been particular interest in Bek Hyunjin as Park Yang-jin, a character who was not initially credited in earlier releases of the drama's cast list. Lee Je-hoon and Pyo Ye-jin ranked at sixth and eighth for performers.

"Navillera" finished its run in third place, with an increase in social media references of nearly forty percent. The comments tended to be positive, with a particular emphasis on emotional references to the arc of Song Kang's ballerino lead character. He places seventh for performers while his elderly lead co-star Park In-hwan was ninth.

The serial killer "Mouse" had a drop by contrast, with conversation centering around the special "Mouse: The Predator" which was released over that time period. Lee Seung-gi ranked fifth for performers. Data for this particular iteration of the Good Data Report was tabulated from April 26th to May 2nd, analyzing news articles, blog posts, social media, videos, and other forms of non-traditional engagement with twenty-one ongoing serial television dramas.