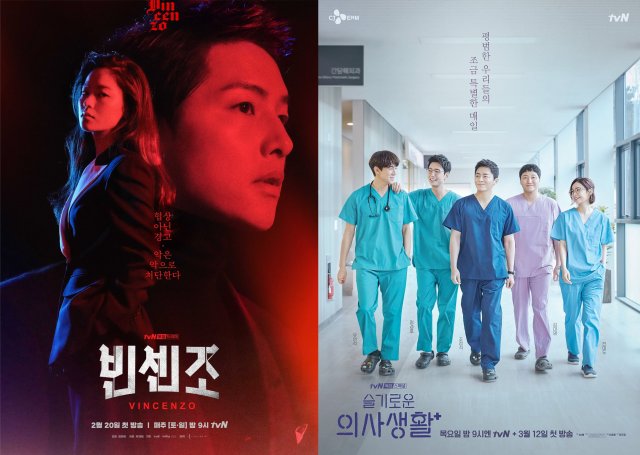 On May 6th CJ ENM released a financial report detailing the company's fortunes in the first quarter of the year. The result was an all-time best first quarter performance for the entertainment company of eighty million dollars in earnings, a 135.7% increase compared to the previous year. This was despite a slight decrease in investment, signaling that CJ ENM has benefited greatly from the COVID-19 pandemic increasing demand for Korean cultural products both domestically and abroad.

While television dramas and movies only make up one part of CJ ENM's revenue the effect was particularly pronounced there, with On Demand revenue going up massively despite expenditures going down by over fifty percent. CJ ENM has in recent years been focusing on developing its streaming infrastructure and making its full library available for audiences. With this task largely complete, the revenues for taking advantage of this were particularly sharpened during the pandemic.

Even CJ ENM's more musically-oriented output was well-positioned for the COVID-19 pandemic, with live concerts and fan meetings being replaced by online versions with substantially smaller overhead. But in the more immediate sense of the first quarter, "Vincenzo" was the major powerhouse. The Song Joong-ki helmed screwball legal story about an Italian mafia lawyer performing excellently across both traditional and streaming platforms.

What's more, "Vincenzo" had not yet finished airing by the time the first quarter was complete, so it will continue to post strong earnings into the second quarter. Other CJ ENM dramas airing in the second quarter include "Dark Hole", "MINE", "Doom at Your Service", "My Roommate Is a Gumiho", "Voice 4", "Hospital Playlist Season 2" and "The Witch's Diner". Earnings for CJ ENM's sole second quarter feature film "SEOBOK" will also be a point of interest next quarter.