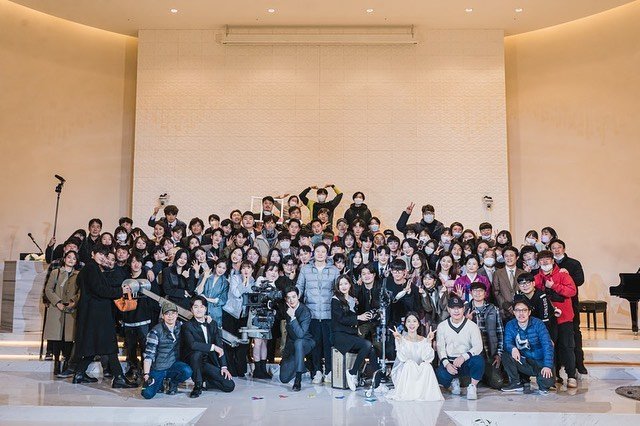 On February 5th, Cha Eun-woo made a post on Instagram featuring his closing comments for the drama. Cha Eun-woo wrote that everyone involved in the production struggled mightily to bring it through to the end. He thanked all those who supported him. But controversy came in the form of the picture uploaded alongside the post, which showed a large number of cast and crew members in close quarters without wearing masks.

This has resulted in "True Beauty" being criticized bitterly my many online commenters for the apparent disregard of social distancing rules in the current era of COVID-19. For commemorative events such as weddings, the bride and the groom are typically allowed some leeway in terms of masking. The "True Beauty" picture appears to have been taken under the same logic, but with far too many people wanting to be identifiable to act as a proof that they were involved in the production.

No comments have been forthcoming from Cha Eun-woo or the staff of "True Beauty" regarding the controversy. In between the controversy brewing over the weekend, and being relatively low scale, it's unclear if an apology is forthcoming. However, the sheer quantity of followers of Cha Eun-woo's account, currently numbering 16.5 million, have nevertheless raised concerns that he and "True Beauty" are setting a bad example.