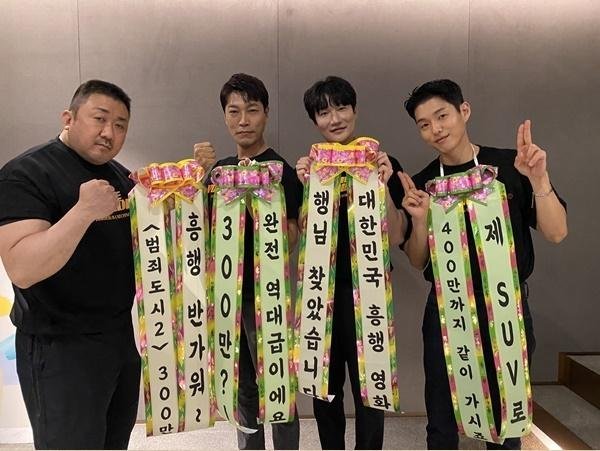 "The Roundup" is now a strong contender for the ten million viewer milestone, which has not been achieved by any South Korean film since "Parasite" back in 2019. "The Roundup" would be the third ten million viewer film for lead actor Ma Dong-seok, who also appeared in "Train to Busan" in 2016 and "Along With the Gods: The Last 49 Days" in 2018. However, Ma Dong-seok was only supporting cast for those two films, not the headliner.

Despite this fact, marketing for "The Roundup" has consistently emphasized that Ma Dong-seok is only part of a larger ensemble, who all work in tandem via a convoluted police investigation to track down a notorious killer played by Son Sukku. "The Roundup 2" has released a commemorative picture of the cast members celebrating the milestone. "The Roundup" is the sequel to the surprise hit "The Outlaws" from 2017.