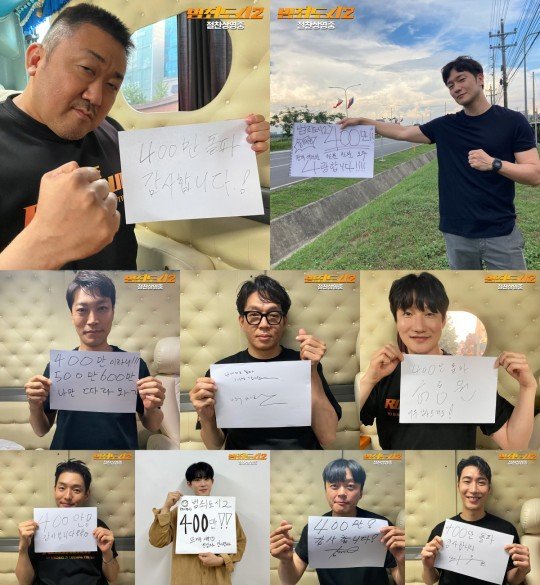 According to figures released by the Korean Film Council, "The Roundup" officially passed the four million viewer milestone on May 24th at approximately 12:45 PM Korean time in its seventh day of availability. This is the fastest any film has hit four million viewers since the start of the COVID-19 pandemic in South Korea. The only other Korean film to do so was "Deliver Us From Evil" in 2020 after eighteen days.

"The Roundup" now looks to be the first South Korean film to break the five million viewer milestone since "Ashfall" back in 2019. The ensemble cast of the film has released images thanking viewers for making "The Roundup" so popular. "The Roundup" look to be the first South Korean film since "Parasite" to break the ten million viewer mark. It is already on pace to outperform Spider-Man: No Way Home and Doctor Strange in the Multiverse of Madness, the previous top performers in the pandemic era.