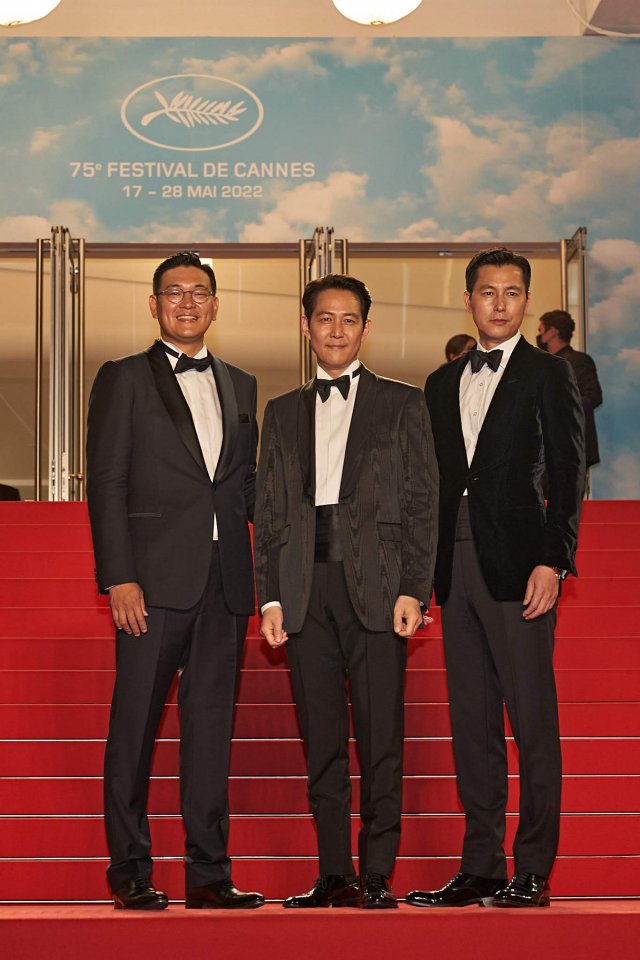 Due to the COVID-19 pandemic, travel for international film festivals such as the Cannes Film Festival in France has been limited. Now, for the first time in three years, the Cannes Film Festival has an official international procession, and South Korean filmmakers are among them. "Hunt" is the directorial debut of Lee Jung-jae, and that actor alongside Jung Woo-sung have been persons of interest as foreign press has documented their appearance for the festival.

"Hunt" has been a part of the Midnight Screening at the Cannes Film Festival, not appearing in competition. The spy action film has drawn attention for a large number of unexpected cameo appearances which have been confirmed by those who have seen the film. Among these are Hwang Jung-min, Ju Ji-hoon, Kim Nam-gil, Yoo Jae-myung, Jung Man-sik, Park Sung-woong, Lee Sung-min, and Jo Woo-jin.