[HanCinema's News] Song Seon-mi Talks About "Hotel by the River" 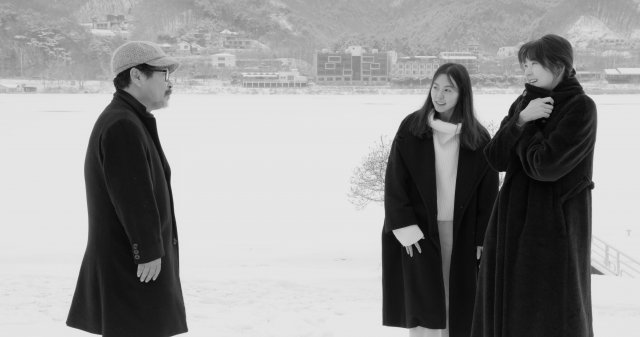 On October 4th the Busan International Film Festival held one of its first guest visits for the most recent release from director Hong Sang-soo, "Hotel by the River".

Song Seon-mi was on hand to provide her insights about the filming process, confirming that she had a strong emotional reaction to the movie's most iconic scene of her and her co-star Kim Min-hee in front of a huge expanse of beautiful snow.

Though "Hotel by the River" is showing at the Busan International Film Festival this year it was filmed in 2018 and released in South Korea domestically back in March. Hong Sang-soo and Kim Min-hee were absent from the guest visit.

"[HanCinema's News] Song Seon-mi Talks About "Hotel by the River""
by HanCinema is licensed under a Creative Commons Attribution-Share Alike 3.0 Unported License.