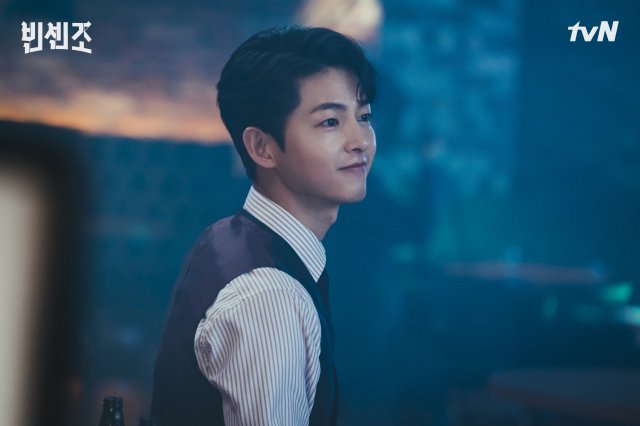 On May 5th the Korea Institute of Brand Reputation released the latest Brand Reputation Report, which tracks which celebrities have the strongest branding by analyzing data across various online communities. The analysis, which was gathered between April 5th and May 5th, covered 108,050,522 bits of data, an increase of 8.73% over the previous Brand Reputation Report's 99,377,638 bits of data. Song Joong-ki of "Vincenzo" topped the list, with 8,830,758 pieces of data referencing his person.

Second place was Lee Je-hoon, with a grand total of 5,665,327 pieces of data referencing his name. The actor is currently known for his leading role in the drama "Taxi Driver" which is still airing, while "Vincenzo" only recently finished its television run. Third place was Jang Nara, who is currently appearing in the leading role on "Sell Your Haunted House" which is also currently airing. Exactly 4,726,253 media references were to the actress.

Song Kang of "Navillera" was fourth place with 4,626,873 references. Ok Taecyeon, who was also in "Vincenzo" as the villain, had 4,150,800 references to his name. A representative for the Korea Institute of Brand Reputation said that compared to March, there are fewer references to brand consumption and issues but more references to simple courtesy and far more references to reposts.