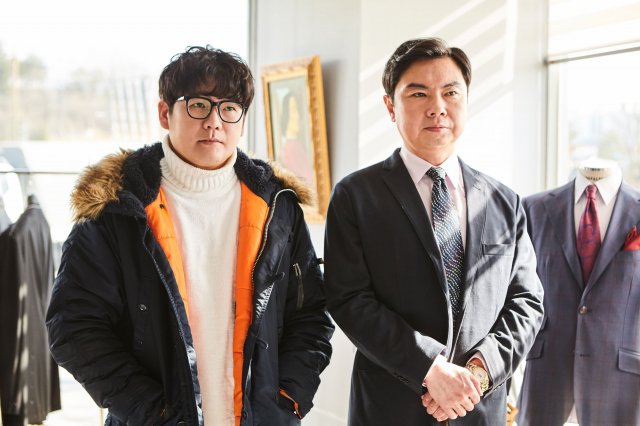 In a couple of months Cho Sung-kyu's new film "Remarriage Skills" will see domestic release. The movie has attracted some interest in South Korea, because the shooting locations of the movie were seen in May episodes of 'My Little Old Boy'. As the title suggests, the movie is a comedy about men trying to do a better job in their second marriages, having failed in the first ones.

Lead actor Im Won-hee said that he hated the idea when he first read the scenario, and that he wanted to reject it just based on the title. However, Im Won-hee had a positive opinion of the director so he went ahead and ended up reading the whole script in a single sitting. That was when he decided he wanted to be a part of it.

Im Won-hee also asked Cho Sung-kyu if he had been married before and the answer was yes, some twenty years ago. That was when Im Won-hee realized that the movie was also in part autobiographical. Not completely though - the story deals with a divorced man who went to the tourism centered city of Gangreung to run a cafe, and tries to figure how to confess to a woman he likes, only to make messy humorous failures whenever he tries.

Im Won-hee is the divorced man, while Yoon Jin-seo is the woman. Kim Kang-hyun also appears as Im Won-hee's goofy sidekick - together they try to plan the best way to get through to her. TV personality Lee Sang-min-IV will also make a special appearance, and his first ever in a film, as the proprieter of a suit store. "Remarriage Skills" is currently in post-production and is expected to appear in theaters in late October.